In Studio Interview w/ Randy Savage (Live From Florida) (He Asks Mr. Perfect To Be His Partner At Survivor Series)

The Beverly Brothers vs. High Energy

As seen on this week’s SmackDown, Bray Wyatt debuted the blue version of the Universal Championship title belt. 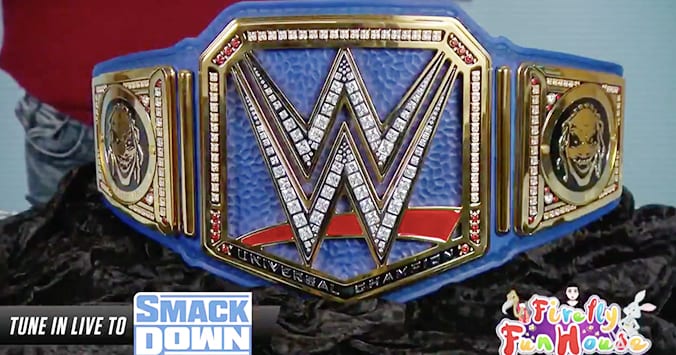 According to Brad Shepard, WWE is expected to debut another Universal Championship design, which will be exclusive to The Fiend:

“Sources in WWE have also told me that a custom championship belt is still in the works specifically for The Fiend character.”

WrestleVotes also noted prior to SmackDown that WWE is expected to debut two new Title designs soon (one of this was the blue Universal Championship).