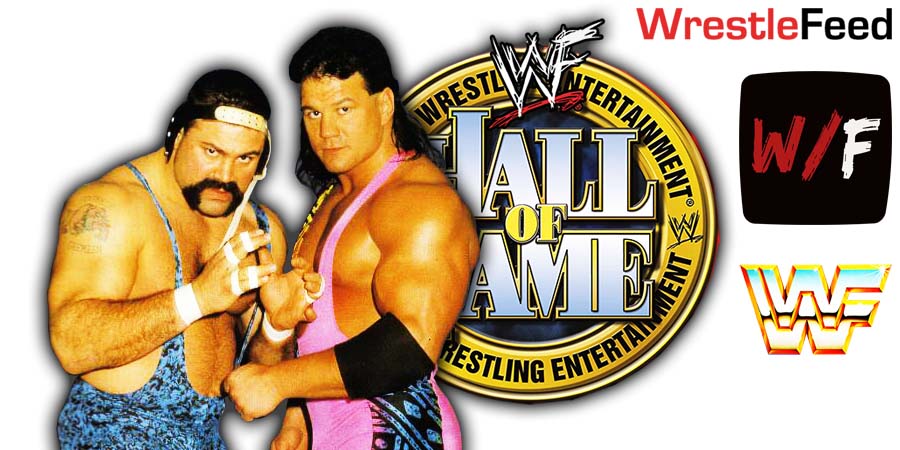 Below is the complete list of inductees in the WWE Hall Of Fame Class Of 2022:

WWE Superstars and Legends are seated on the entrance stage for this event, while the inductees will deliver their speeches in the ring, just like 2019.

Maria Menounos was backstage to interview the guests. Kane, Bianca Belair and Motez Ford were among the names that got interviewed backstage.

While they were getting interviewed you could hear fans chanting for Rob Van Dam, who is in attendance tonight.

NXT 2.0 Superstar Bron Breakker is out first to induct his father Rick and his uncle Scott.

Breakker says he’s about to take the biggest risk of his life by handing over the mic to his Uncle.

Scott said when he has a live mic, it can go any way. He said they wrestled a lot of great Tag Teams back in the day.

Scott said the first person he met when he arrived in the WWF was Randy Savage.

Scott told the WWE Superstars who are wrestling at WrestleMania 38 to have fun, because years go by very fast and one day they’ll be getting inducting to the WWE Hall Of Fame like him and his brother and they’ll be wondering where did the time go. 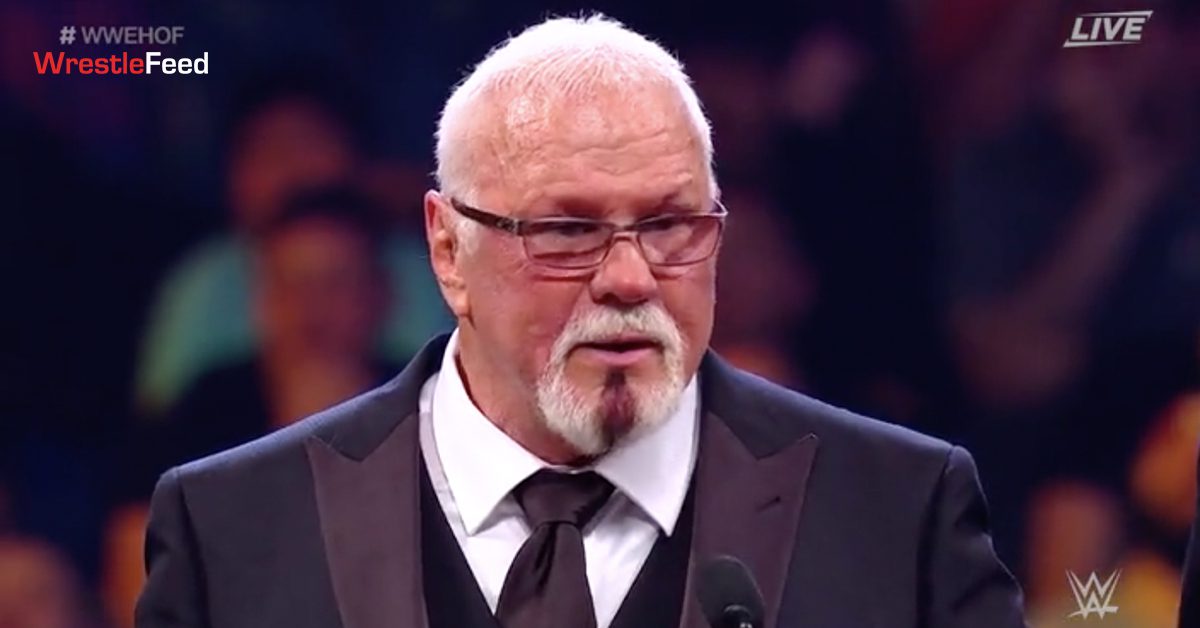 Scott got emotional while talking about his wife. Scott joked that he has no marriage secrets, but his wife is always right.

Scott ended his part by saying his greatest legacy is his two boys.

Rick then took over and thanked Scott for leaving him no time.

Scott got emotional again when Rick said he wouldn’t be here without his brother. 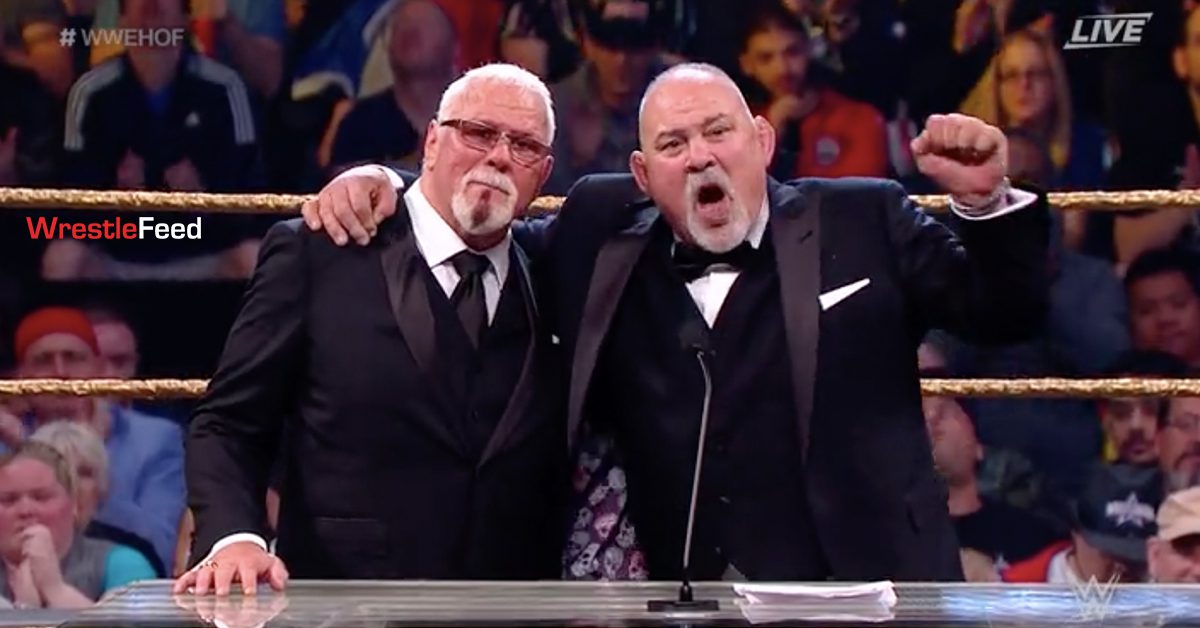