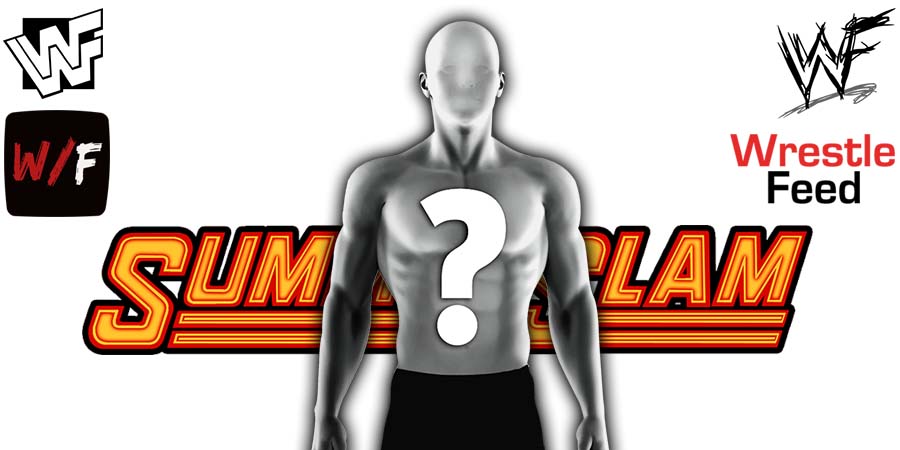 WWE’s SummerSlam 2021 pay-per-view is only a week away. It will take place at the Allegiant Stadium.

The following matches have been announced so far for this PPV:

WWE Hall Of Famer Nikki Bella noted on Twitter that she will attend SummerSlam. Here’s what she posted:

“Hhmmm looking through my closet and deciding what to wear to SummerSlam next week??? Thoughts?”

Hhmmm looking through my closet and deciding what to wear to SummerSlam next week??? Thoughts? N

Nikki on last seen on WWE programming at WrestleMania 37 in April. She, along with Brie Bella, was inducted into the WWE Hall Of Fame this year.

Speaking of Nikki, Roman Reigns mentioned her on Friday’s SmackDown, when he said the following to John Cena:

Also Read: Nikki Bella Apologizes For Mocking Chyna In The Past

It was broadcasted from Lowell, Massachusetts and featured matches, interviews & storyline segments on the road to the ‘WWF SummerSlam 1994’ PPV.