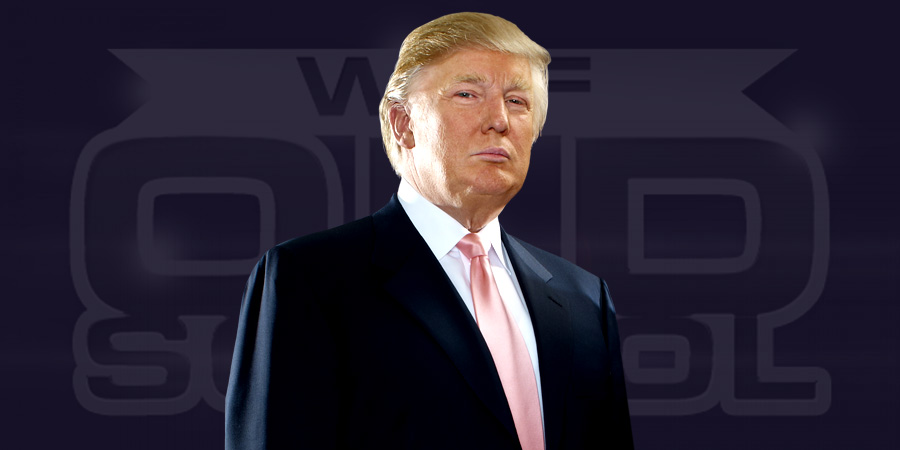 Donald Trump, who is a member of the WWE Hall of Fame (Celebrity wing), announced his entry into the 2016 presidential race in the United States of America earlier today. Donald Trump claims that someone who is “really rich” – like himself – could restore American economic primacy. Below is a statement from Trump:

“We need somebody that can take the brand of the United States and make it great again.” He was repeatedly assailing China and Mexico as economic competitors.

Trump has been a wrestling fan for many years. Two WrestleMania events were held in the Trump Plaza. Trump was involved in a major storyline at WrestleMania 23 – “The Battle of the Billionaires”. In that match, Donal Trump was represented by Bobby Lashley while Vince McMahon was represented by Umaga. “Stone Cold” Steve Austin was the special guest referee for the match. The stipulation of the match was “Hair vs. Hair”. This means that if Umaga lost, Vince would be shaved bald & Trump would be shaved bald if Lashley lost. Bobby Lashley won the match & Vince McMahon was shaved bald. Steve Austin delivered a stunner to Trump, and he sold it in a terrible way, which was not surprising at all.

Trump was also involved in a storyline in 2009 where he bought WWE Raw from Vince McMahon & decided to make it a commercial-free episode. He also announced that he would give a full refund to the people who purchased tickets to the arena for that night’s show. Vince ended up buying Raw back for twice the original price (kayfabe).

Donald Trump was inducted into the celebrity wing of the WWE Hall of Fame in 2013 for his contributions to WWE. He has made a total of 5 appearances at WrestleMania.

You can watch Stone Cold deliver a Stunner to Donald Trump below: