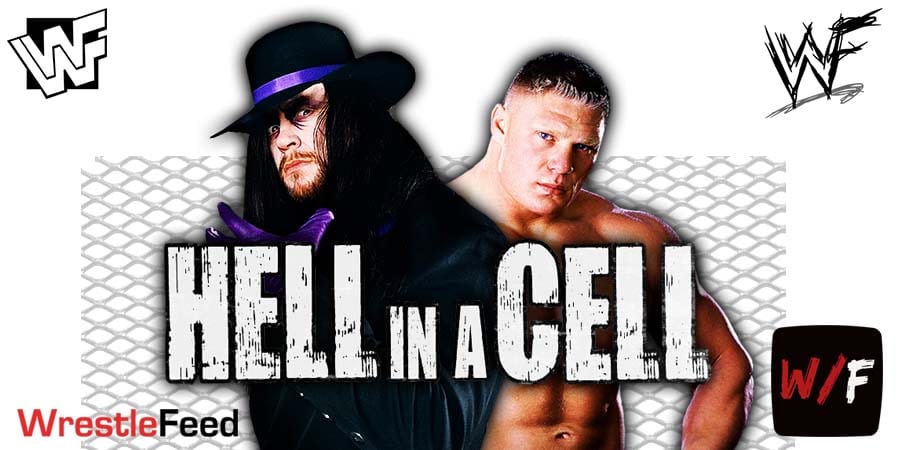 During a recent edition of the Arn podcast, WWE Hall of Famer Arn Anderson discussed the Hell in a Cell match between The Undertaker and Brock Lesnar back in 2015.

Arn said Undertaker was in pain during the match, but still delivered, and said this is what a Hell in a Cell match should be like.

Arn then talked about Taker and Lesnar bleeding during the match, but they didn’t blade as it would’ve got them a fine from WWE, so they decided to bleed the hard way (making someone bleed with hard hits) and enhance their brutal match.

Here’s what Arn said about it:

“[Undertaker] didn’t have the option of the old way. That got Batista a huge fine; I think 50 grand. Ask him about that and the reality is this that back in the day, we were performing magic and we were making everyone wonder if what they were seeing was real. Are these guys really pissed at each other? I know it’s a show, but are they pissed?

Hard way was one way that you convince the audience they’re having a fight, and just like techniques, you can ask any boxer out there if you just solely want to knock a guy’s eye shut. I’m sure he could tell you.”