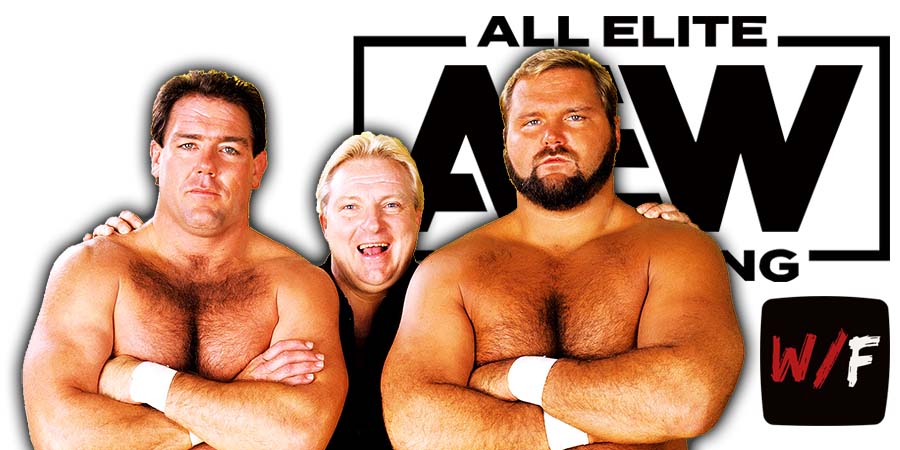 On tonight’s episode of AEW Dynamite, FTR talked about family in a backstage interview.

Their Manager, WWE Hall Of Famer Tully Blanchard, interrupted and said they won Titles when they listened to him and they should become 2-time AEW World Tag Team Champions.

FTR then told him he’s not a part of their family and fired him. You can watch it below:

.@tullyBFTR doesn't seem to be a part of #FTR's plan for the future! #AEWDynamite is LIVE right now on TBS – Tune in! pic.twitter.com/EUtwx9VXhy

Blanchard became FTR’s manager in August 2020. Tully signed with All Elite Wrestling back in 2019, so it’s possible his contract might be coming to an end. We’ll keep you updated.

It was pre-taped at the FleetCenter in Boston, Massachusetts and featured pre-taped matches & storyline segments on the road to the ‘WWF WrestleMania 2000’ PPV.

6. Handicap Table Match: The Rock vs. The Dudley Boyz