• WWE Hall Of Famer Reveals How He Made Vince McMahon Cry

During a recent edition of Dinner With The King podcast, WWE Hall of Famer Jerry “The King” Lawler revealed an interesting story of how he once made Vince McMahon emotional and made him cry.

Below is what Lawler said:

“I did a portrait, a big nice portrait for Vince. It was like a triple portrait – Vince was in the middle, on the left was Shane and on the right was Vince Sr.

I saw Stephanie and I unwrapped it and she saw it and went, ‘Oh my gosh! Vince is going to cry,’ stated Lawler. I went what?

Stephanie goes, ‘I’m telling you, he’s going to cry when he sees that. Mark my words.’

I opened the portrait up and he (Vince) immediately looked at it and his hand covered his mouth. And he turned away immediately. He turned away and walked over into a corner. And he just stood there for a couple of minutes and he slowly came back and looked at the picture again.

It brought tears to his eyes. I was shocked and then he hugged me and said how much he loved it. But that was like the one moment that I ever really saw from Vince that kind of emotion.

And that portrait is still hanging in his office.”

You can check out a little glimpse of that portrait below: 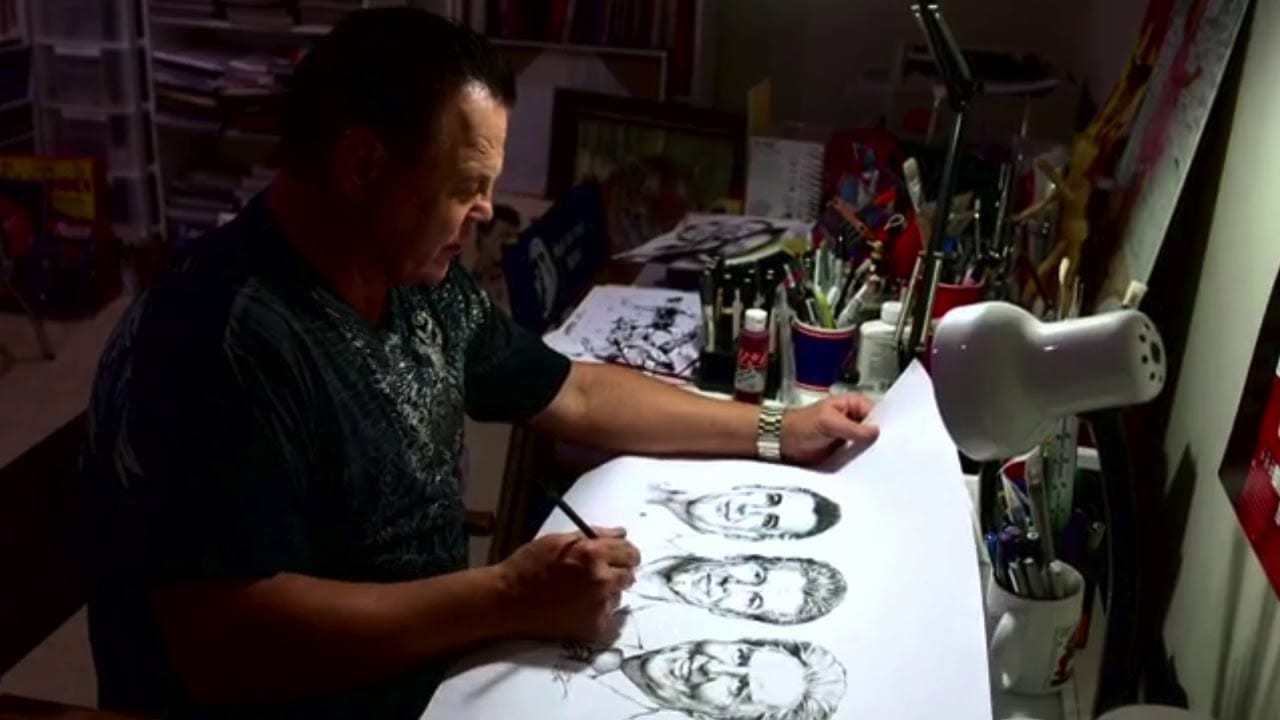