Below is what Animal posted on Facebook regarding this:

“No respect anymore I guess ROH can’t get anyone OVER on their own merits you got to ride the coattails of a HOF LEGEND and use his gimmick, oh the best part they don’t even ask!” 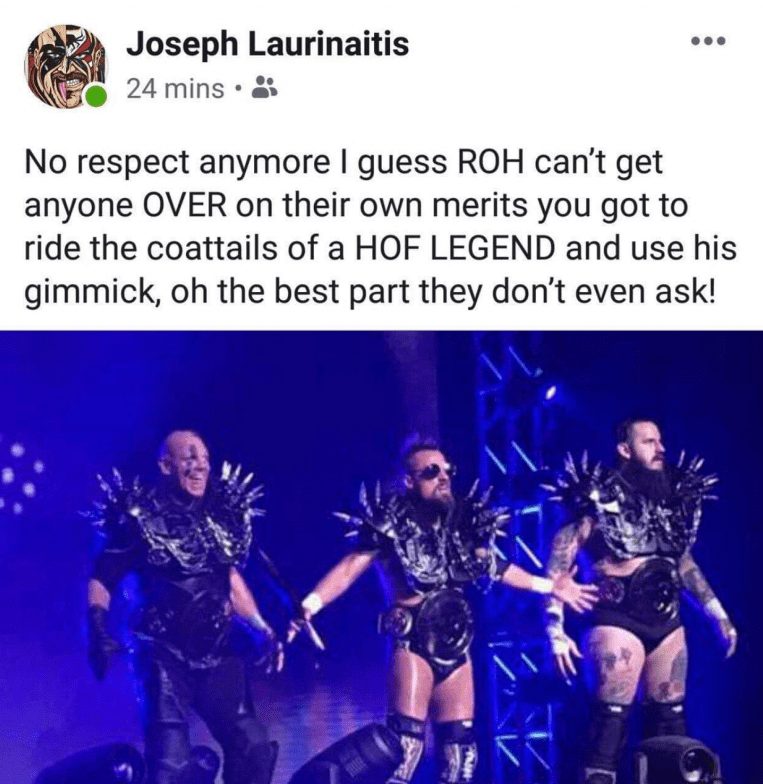 It’s an unwritten rule in Wrestling, that if you wanna adapt someone else’s original gimmick, you need to ask for permission first.

For example, “Black Machismo” Jay Lethal asked Randy Savage in 2006, if he could use the Macho Man’s gimmick and Randy gave him permission to do so.