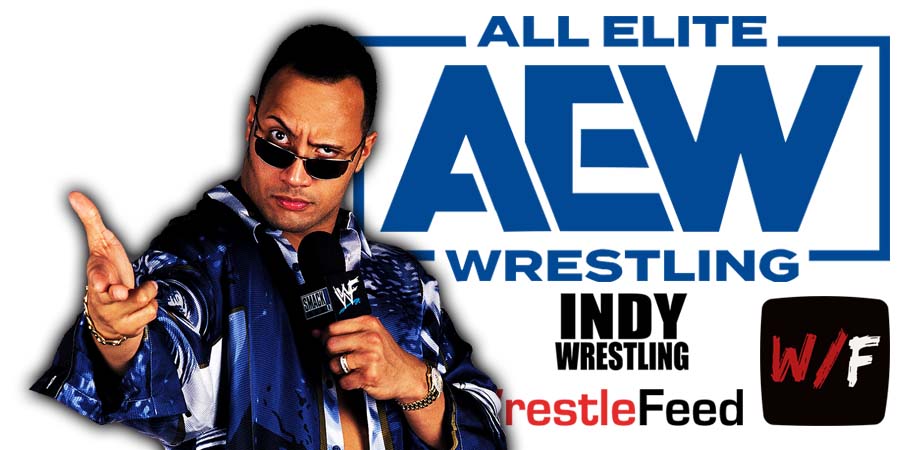 “I was going back and forth between two, Hook was one of them. I don’t know if you guys are really going to consider this a sleeper pick but I’m going with him. It’s MJF.

Is MJF really considered a sleeper pick? I don’t know. But he’s a younger talent, when you say sleeper, I equate it to younger. So I was like Hook, Austin Theory, MJF.

MJF is the guy for me. He’s a younger talent, who, we all know, the sky is the absolute limit. Who knows what MJF [is capable of]?

MJF is said to be under contract with AEW until 2024 and there are plenty of rumors that WWE will try to sign him once his contract is up.

Webb was brought into the World Wrestling Federation in January 1999 to portray Ryan Shamrock, the kayfabe sister of “The World’s Most Dangerous Man” Ken Shamrock.

The funny thing about that was, that in real life the two were actually dating at that time.

Ryan Shamrock was involved in storylines with Billy Gunn and Val Venis, before forming PMS, The Pretty Mean Sisters, alongside Jacqueline & Terri Runnels, before Ryan was released in July 1999.

Alicia Webb then joined Ted Turner’s World Championship Wrestling in late 1999 as Symphony, the valet of The Maestro, but just like her WWF run, her run in WCW also lasted only a few months, before she was released again.