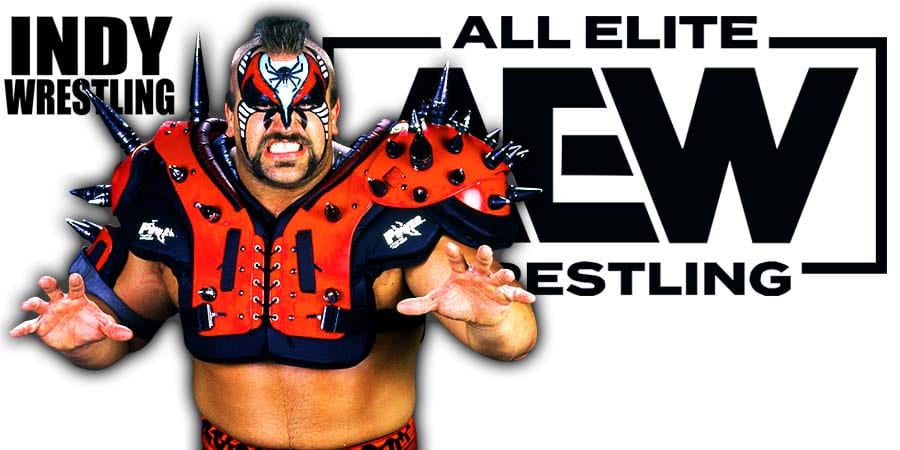 It was broadcasted from the Compaq Center in Houston, Texas and featured matches, interviews & storyline segments on the road to the ‘WWF Royal Rumble 1999’ PPV.

• WWE Hall Of Famer Wants To Join All Elite Wrestling

During a recent edition of ‘What A Rush’ podcast, WWE Hall of Famer Road Warrior Animal expressed his interest in joining All Elite Wrestling.

Below is what Animal said:

It’s great to see a company opening that’s going back to basics and doing what’s right in pro wrestling. Giving the fans what they expect to see, not having to do a big ceremonial, ‘We’ll give you what you want to see!’ and then do what we want to do anyway. This is really about what the fans need to see.

They got a great product and I think I’d help them enhance their product with my wrestling knowledge in the tag team industry especially, and I think I could be a good edition other than anything else.”