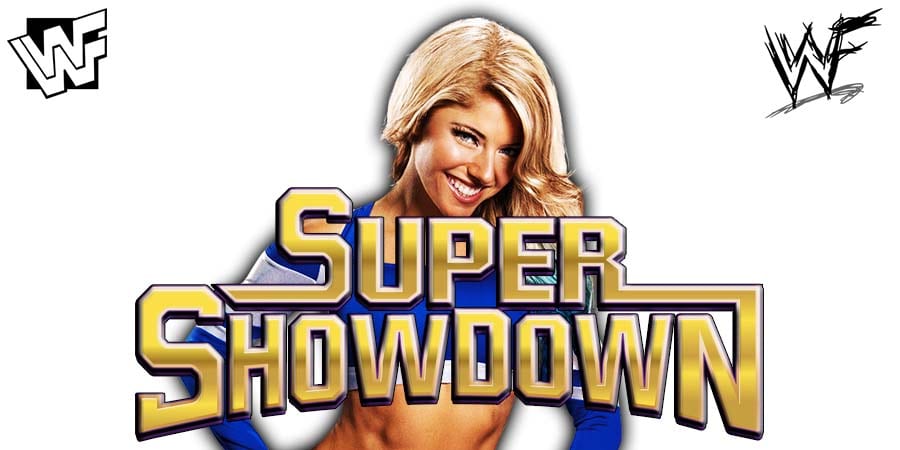 Ahmed Johnson joined the World Wrestling Federation in 1995 as a babyface who helped Shawn Michaels in his feud against Camp Cornette.

Ahmed became the first black Intercontinental Champion at the King of the Ring 1996 PPV and feuded with Faarooq’s Nation of Domination stable in 1997 before he left the WWF in 1998.

His last major televised run happened from late 1999 till 2000, when he wrestled for Ted Turner’s World Championship Wrestling as “Big T”, one half of Harlem Heat 2000.

Natalya and Alexa Bliss have also gone to Saudi Arabia along with the male wrestlers for this Friday’s WWE Super ShowDown PPV.

Renee Young is going to be on the commentary team at WWE Super ShowDown (she also worked WWE Crown Jewel).

Speaking of WWE Super ShowDown, WWE has added The Usos vs. The Revival to the Kickoff show.

Below is the updated match-card for tomorrow’s WrestleMania equivalent PPV:

– KickOff Show: The Usos vs. The Revival