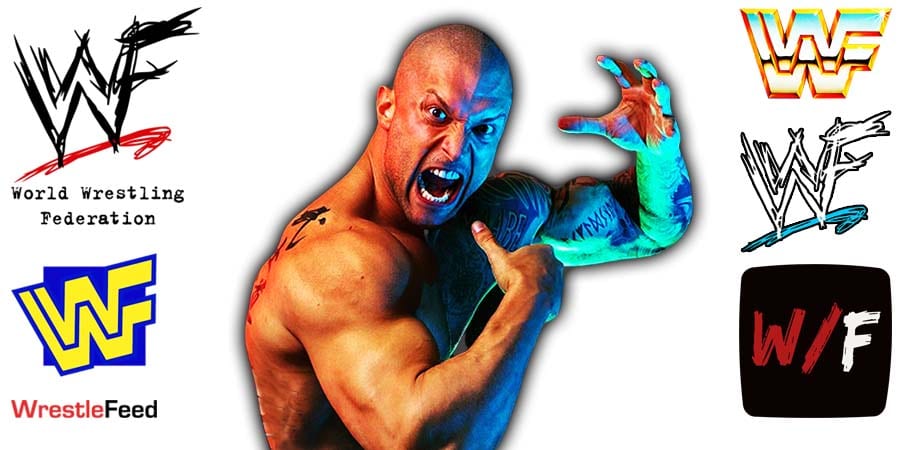 Karrion Kross is no longer the character he once was in NXT.

Not only is Scarlett (his girlfriend / valet) not by his side on RAW, he also wears a helmet on his way to the ring, and has a different ring gear.

According to Wrestlevotes, WWE is set to change Kross’ character once again:

“Source states WWE is shifting Karrion Kross’ character once again. Plan is for him to be more of a ‘psycho’ yet still ‘calm & cool’.

As of now the helmet stays, but for whatever reason, still no Scarlett. Presentation of entrance including theme music set to change as well.”

It was broadcasted from the Molson Centre in Montreal, Quebec, Canada and featured pre-taped matches & storyline segments on the road to the ‘WWF No Mercy 2001’ PPV.