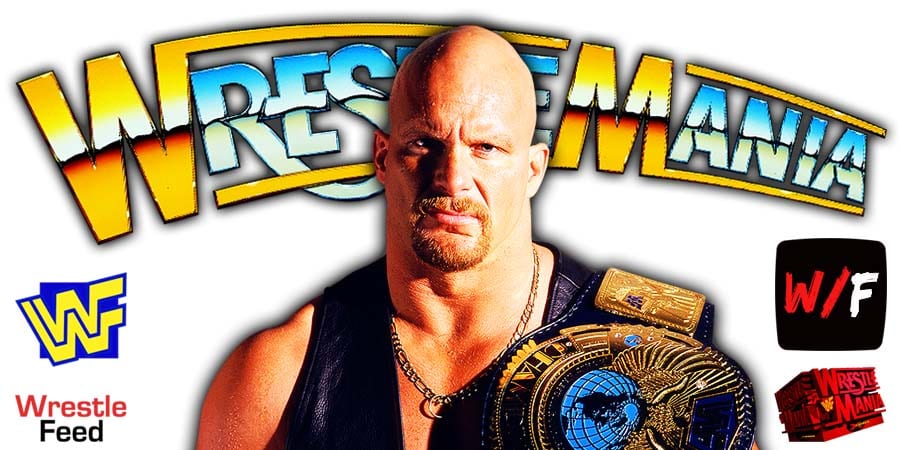 We are less than two months away from WrestleMania 38 and the biggest rumor right now is “Stone Cold” Steve Austin possibly coming out of retirement for one more match at the Show of Shows.

Word going on is that he could face Kevin Owens at the Grandest Stage of them All.

WWE has already planted seeds for this match, as Owens insulted Texas and its people on last night’s RAW.

According to the Wrestling Observer, Austin hasn’t said ‘yes’ to having a match yet, but WWE Officials are still moving forward with the idea that Austin vs. Owens will happen:

“The impression I have is the match is on. I know that backstage at WWE all day, that’s all I kept hearing about.

Not ‘all’ I kept hearing about, but, I heard it early in the day and then kept checking around and more people were saying they heard the same thing. I don’t know that it’s a done deal, but people were talking like it was.

Like I said, I was not told that it was a done deal, but people were under the assumption that it was, and that promo clearly tells you that they are booking with the idea that it is happening.”

Even if a match doesn’t happen, it does look like Austin and Owens might get physical at WrestleMania 38, especially since Owens uses the Stone Cold Stunner as a finisher move.

Also Read: The Rock Teases Returning To WWE Ahead Of WrestleMania 38