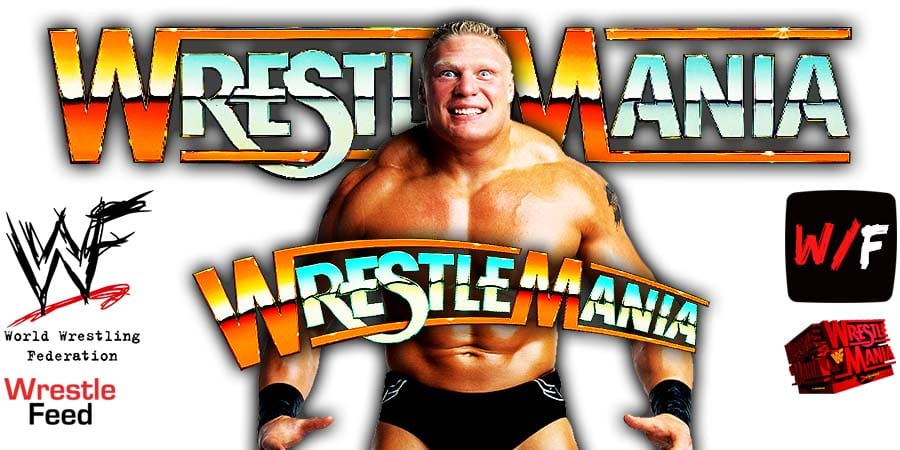 According to the Wrestling Observer, WWE Officials are planning to bring Gable up to the main roster in May 2022 and have him face Brock Lesnar at a future WrestleMania event:

“They are big behind him for a lot of reasons, but it doesn’t mean he’s going to be a success, either. I mean, it’s like he’s going to have the microscope on him and he’s gonna be up [on the WWE main roster] too soon, for sure.

He’s gonna be in matches too soon as far as to be a good worker, because they’re gonna try to capitalize on it although I think he goes full-time in May 2022 and, you know at that point they’re gonna be grooming him to the top spots, and they signed him to a deal that pretty much wants him there.

It’s already been teased and talked about that (Brock) Lesnar would eventually wrestle him in a passing-of-the-torch type moment at a WrestleMania.”

Gable said the following about Lesnar during his appearance on The MMA Hour:

“I was scared as hell of him. Dude came up and he’s about 6-foot-3, 6-foot-4, he’s put together and he was actually ripped. I was like, he’s bigger than I thought, this was the first time I’d seen him in person.

But honestly, it’s cool to have that mentor, that role model in my life, and have him do everything that I want to do in such a dominating fashion, it’s cool because he can tell me how he did it and things I can do better.”

It was LIVE from the Arrowhead Pond in Anaheim, California and featured matches, interviews & storyline segments on the road to the ‘WWF Unforgiven 1999’ PPV.

4. The Godfather vs. Chaz

6. No.1 Contenders – Five Way Free For All Match: Kane vs. Mankind vs. The Big Show vs. The Rock vs. The Undertaker