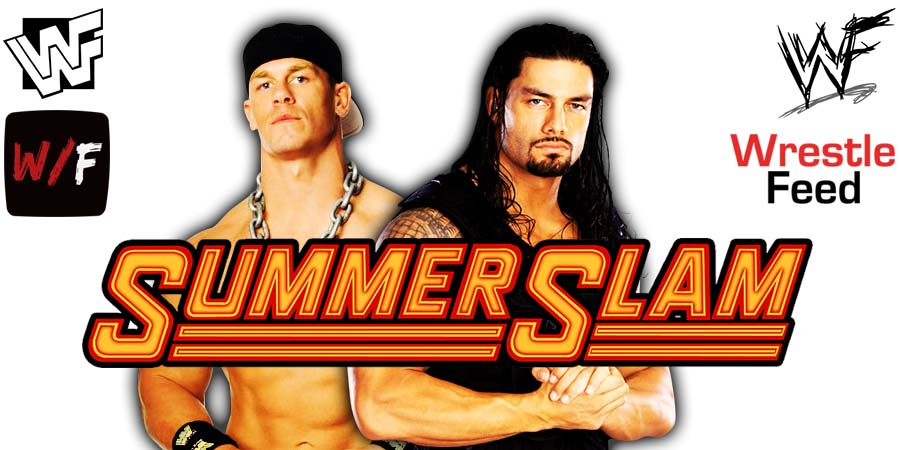 WWE delivers most-viewed and highest-grossing SummerSlam of all time

“Following a weekend of record-setting metrics, WWE delivered the most-viewed and highest-grossing SummerSlam in the company’s history.

– More people watched Saturday’s event live across Peacock and WWE Network than any other SummerSlam in the company’s history. The seven-figure global audience marked a 55% increase over 2020 and a 29% increase over 2019.

– The sellout crowd of 51,326 broke SummerSlam records for indoor attendance and gate receipts. With tickets purchased by fans from all 50 U.S. states, Saturday’s live gate was more than four times greater than the last SummerSlam held with fans in attendance in 2019.

– With more than 4 million views, Brock Lesnar’s return became WWE’s most-watched Instagram video of all time – surpassing the video of John Cena’s return at WWE Money in the Bank.

In total, SummerSlam videos generated more than 1 billion views across all WWE social platforms during the week.”

Universal Champion Roman Reigns, who defeated John Cena in the main event of this PPV, tweeted the following regarding this announcement from WWE: