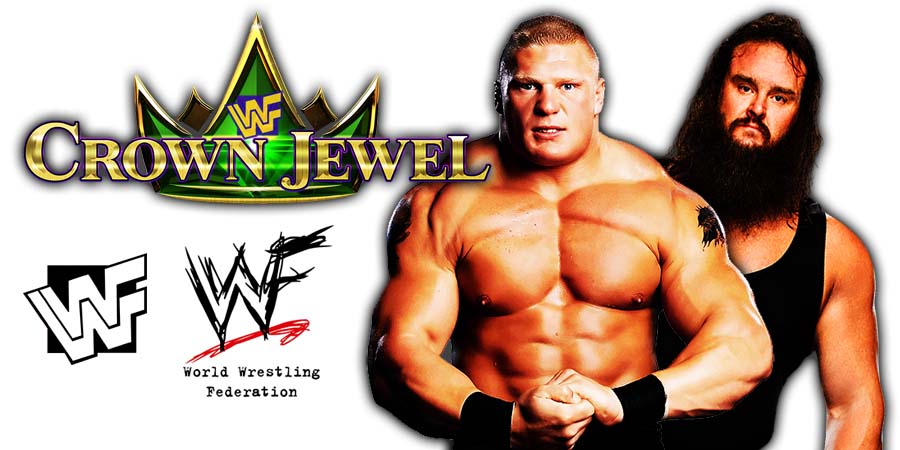 – The Tonga Kid vs. Israel Matia

– The Masked Superstar vs. Chuck Tanner

– The Iron Sheik vs. Rudy Diamond

As seen on last week’s episode of RAW, Roman Reigns relinquished the Universal Championship and it was then announced that the new Universal Champion will be crowned at WWE Crown Jewel when Brock Lesnar & Braun Strowman collide in a singles match.

According to PWInsider, there have been discussions as of late regarding former RAW Tag Team Champion Drew McIntyre being added to this Universal Championship match at WWE Crown Jewel, thus making it a Triple Threat match once again.

There’s no confirmation yet on if WWE actually plans on doing this. We’ll get to know about it on tonight’s RAW (as it’s the final RAW before this Friday’s WWE Crown Jewel).

McIntyre has now laid out Strowman two weeks in a row with the Claymore Kick and a proper feud between the two men is expected after WWE Crown Jewel.