On this day in 2001, the World Wrestling Federation aired a LIVE episode of their weekly TV Show ‘WWF RAW IS WAR’ from the Continental Airlines Arena in East Rutherford, New Jersey.

This episode featured matches & segments, building storylines on the road to the upcoming WWF Now Way Out 2001 PPV.

Below is the match-card for the show:

02. Team Extreme vs. The Radicalz & Terri

With the low ticket sales and repeated filler matches on PPVs, it looks like WWE will be making all their PPVs dual branded shows (Raw & SmackDown Live) starting with Backlash 2018 PPV.

Fans who bought tickets for the Backlash 2018 PPV have been notified via Email that the show will be dual branded, which means it’ll feature matches from both Raw & SmackDown Live:

This is just a friendly reminder about your event..

This will now be a combined Pay Per View with RAW and SMACKDOWN Superstars.” 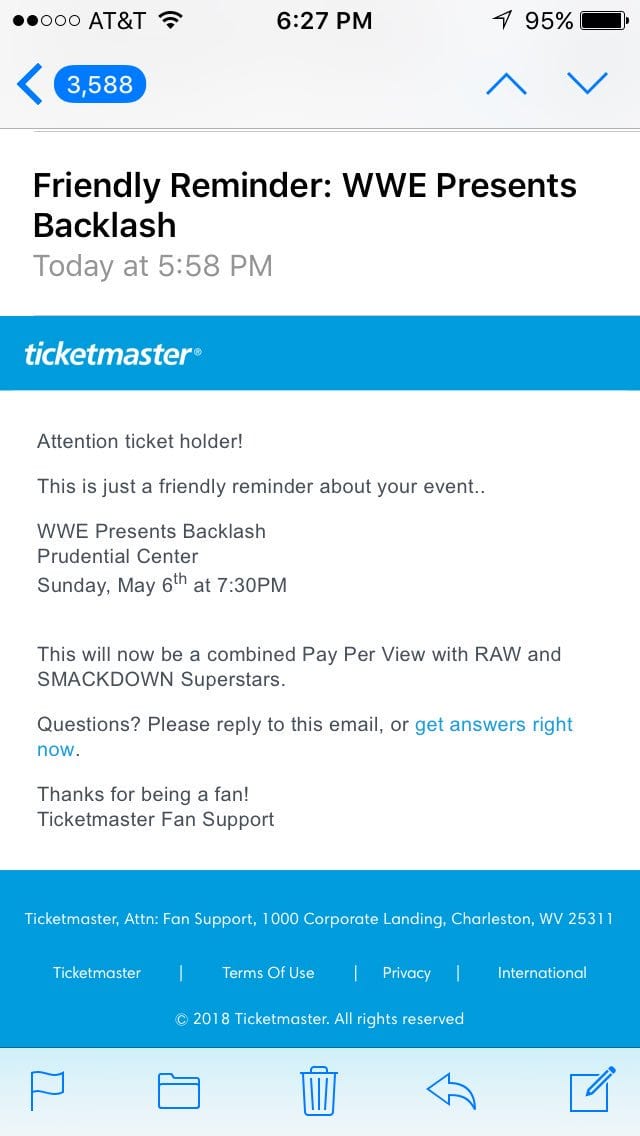 WrestleVotes, the source which broke the story of Neville walking out of WWE, is reporting that WWE will be turning their PPVs to dual branded shows, but it doesn’t mean that the Brand Split is coming to an end:

Starting with the Backlash PPV May 6th, all PPVs going forward will be dual branded. No more RAW or Smackdown exclusive shows. Source states repetitive matchups to fill the card along with so-so ticket sales lead to the decision.

The weekly TV shows will not be effected.

To clarify last tweet: the brand split is not ending. RAW & Smackdown will continue to have different rosters. Two separate brands will remain on TV. House shows will remain the same. The only change is for PPVs. Both brands will have matches on each PPV show.