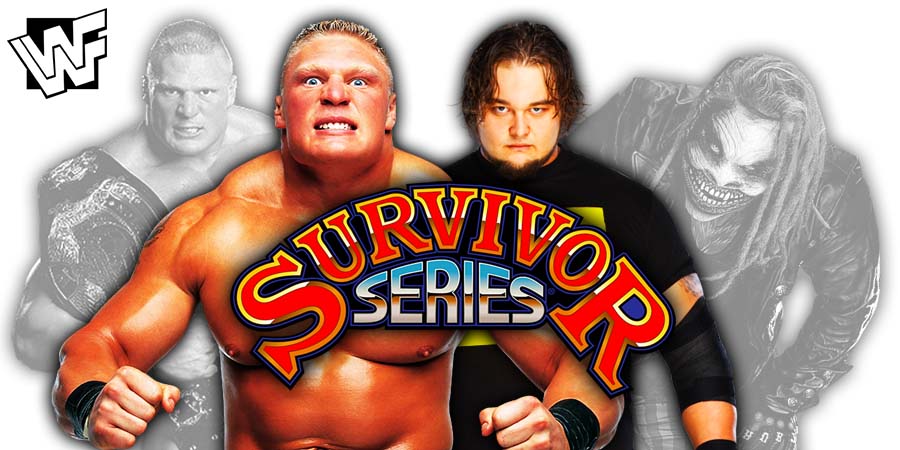 This episode was pre-taped at the Norfolk Scope in Norfolk, Virginia and featured matches & storyline segments on the road to the ‘WCW Halloween Havoc 1998’ PPV.

• WWE Not Interested In Doing Brock Lesnar vs. The Fiend At Survivor Series 2019, Lesnar Might Only Compete At One More PPV In 2019

This would mean that the Survivor Series 2019 main event would be The Fiend vs. Brock Lesnar in a “RAW vs. SmackDown – Universal Champion vs. WWE Champion” match.

According to The Dirty Sheets, WWE officials have no interest in doing this match as they don’t want The Fiend to take a loss this soon and can’t afford to give Lesnar a loss either (as he already lost to Seth Rollins twice this year – especially losing clean at SummerSlam 2019).

Vince McMahon had a meeting prior to this week’s RAW where future opponents for The Fiend and Brock Lesnar were discussed and the Fiend vs. Lesnar match was talked about.

WWE officials discussed alternate plans to Lesnar vs. Fiend and Vince is expected to make the final decision by Friday.

Word going on is that Lesnar may be kept off Survivor Series 2019 and Lesnar might only work one more PPV in 2019, which would be Crown Jewel 2019 (as Lesnar has a deal where he will work all Saudi Arabia PPVs).