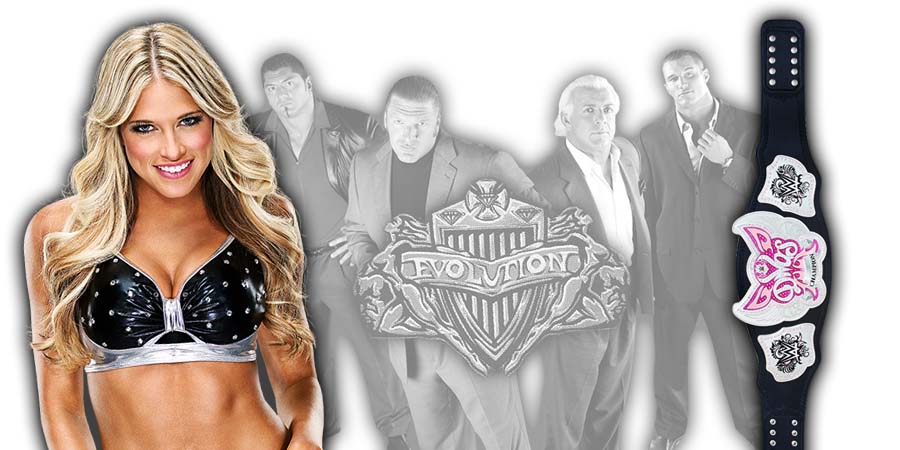 WWE has announced that the following names will also compete in the #1 contenders women’s Battle Royal at WWE Evolution PPV:

“On Oct. 19, it was announced that a new crop of Superstars past and present would join the field: Inaugural Divas Champion (and two-time Women’s Champion) Michelle McCool, WWE Hall of Famers Alundra Blayze and Ivory, former Women’s and Hardcore Champion Molly Holly, former Divas Champion Kelly Kelly and Diva of the Year Slammy Award-winner Maria Kanellis.”

20 Names have been confirmed for the Battle Royal so far and you can check them out below: