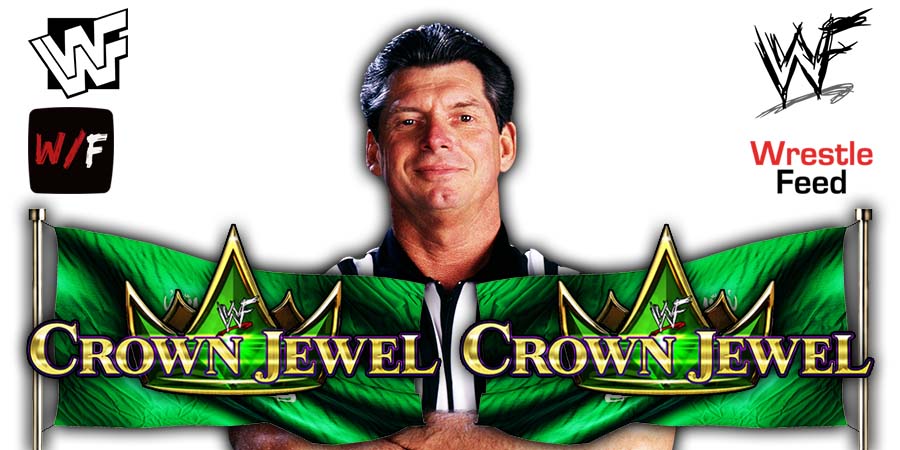 According to PWInsider, WWE Officials were “really thrilled” with how their Crown Jewel 2021 pay-per-view went in Saudi Arabia.

They thought this was the best show they have put out in 2021, and the majority of the fans agree as well.

Past Saudi Arabia events have received a lot of backlash on Social Media, but not this one. Many fans have gone on to call it WWE’s best PPV in Saudi Arabia so far, and WWE Officials are pleased with it.

On this day in Pro Wrestling history on October 22, 2000, the World Wrestling Federation aired ‘WWF No Mercy 2000’ LIVE on PPV from the Pepsi Arena in Albany, New York.

This pay-per-view featured the in-ring return of “Stone Cold” Steve Austin, after missing an entire year due to an injury.