Cesaro does the Cesaro Swing on Matt now. Cesaro now tags in Sheamus and he hits a White Noise on Matt from the second rope.

Sheamus goes for the pin, but Jeff Hardy breaks the pin. Jeff Hardy now drives Cesaro over the barricade into the audience.

Sheamus doesn’t realize that Jeff has tagged in and Sheamus is trying to pin Matt and this leads to Jeff hitting the Swanton Bomb on Sheamus’ back and earns the pinfall victory for his team. 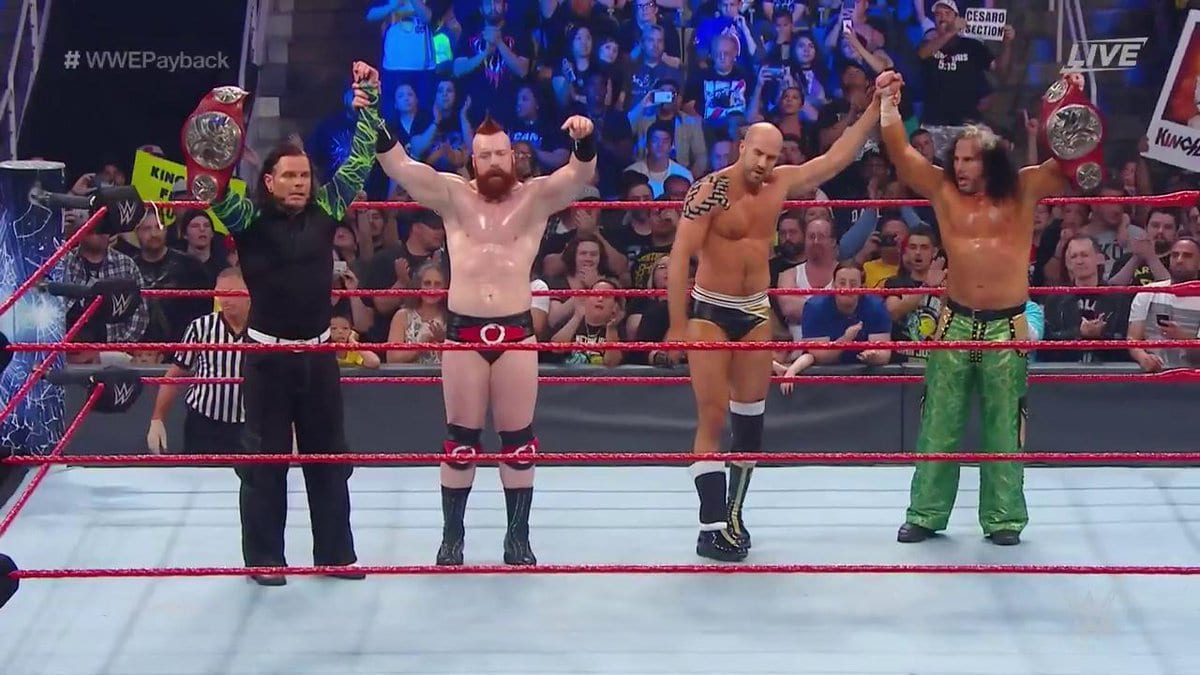 Cesaro & Sheamus first shake hands with them, but then attack them and turn heel in the process.