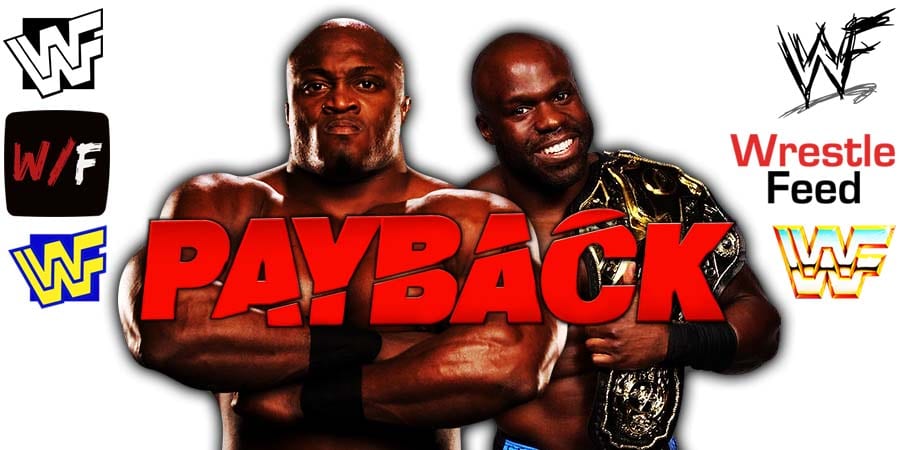 Tonight’s WWE Payback 2020 pay-per-view is airing live from the WWE ThunderDome in the Amway Center in Orlando, Florida.

This is the 6th event under the Payback banner. The last Payback PPV took place in 2017.

On the Kickoff Show, Charly Caruso announced that WWE Clash Of Champions 2020 pay-per-view will take place on September 27th.

R-Truth got confused and showed up to the Payback Kickoff Show thinking it was RAW Talk. R-Truth said he’s rooting for Apollo Crews tonight because Bobby Lashley put him in the Nelson from The Simpsons.

WWE announced that Drew McIntyre sustained a hairline jaw fracture as a result of the 3 Punt Kicks to the skull from Randy Orton.

The Riott Squad (Ruby Riott and Liv Morgan) def. The IIconics (Billie Kay and Peyton Royce) on the Kickoff Show

The main show begins with the United States Championship match between Apollo Crews and Bobby Lashley (of The Hurt Business).

After some good back & forth action, Lashley made Crews tap out to win the United States Championship!

The Hurt Business was posing for photos after the match and Crews attacked Lashley and left after saying he’s getting that title back.