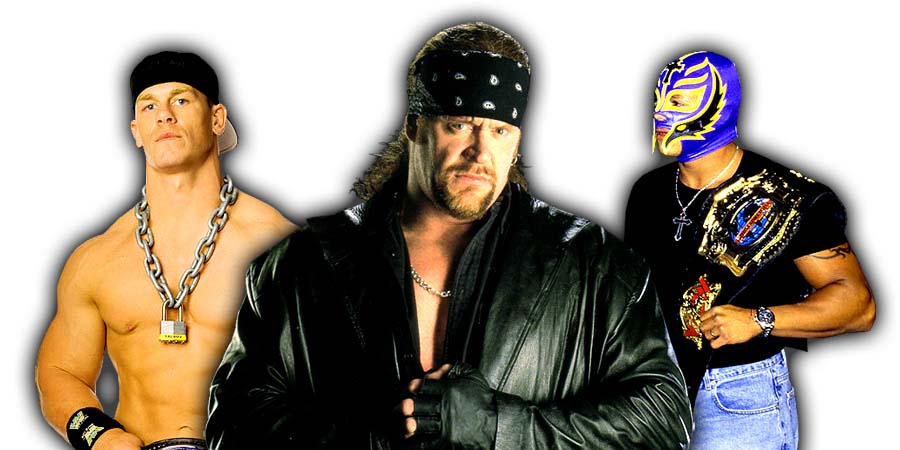 During a recent edition of Neal Pruitt’s Secrets of WCW Nitro podcast, Neal Pruitt talked about how cutting promos and looking into the camera was Steve Austin’s weakness and how he worked at it and excelled.

“I don’t think anybody ever wants to really expose their weaknesses, but when you do expose your weaknesses to someone that’s willing to help you, you can really excel. Not that I had anything to do with it…but he did tell us he had an issue with speaking when he came to WCW. He said it was something he really needed to work on.

Having been in the interview room for so long, that really freaks people out is… it’s just not natural to look in the camera lens instead of somebody’s face. So it’s already a weird thing to do, and the intimidation factor creeps in for whatever reason. When the light goes on the camera, the personality goes off.

I knew Stone Cold was uncomfortable with that – looking right in the camera. So I told him, ‘if you’re nervous about looking in the camera, don’t even look in the camera. These people don’t deserve your gaze’. So if you watch some of his earlier stuff when he had hair and he was on WCW Saturday Night, you’ll see that he’s not looking at the camera at all.

He worked at his talent at talking, so did Cactus Jack. When they would ride down the road together, they would never turn the radio on. They would just practice their promos. That’s how dedicated these people were at becoming professionals at what they did. And I really admire that, because I know that’s what it takes. It doesn’t come naturally to most people, but if you work at it, you can get it.”

WWE is looking to do one of their biggest event of all time in terms of attendance later this year in October at the Melbourne Cricket Ground (MCG). The stadium has a capacity of over 100,000 and is the 10th biggest stadium in the world.

An announcement regarding this event (which will most likely be a PPV event) is expected to be made at WrestleMania 34 and WWE is looking to bring in names like The Undertaker, Rey Mysterio & John Cena to make this event special and help in the ticket sales.

The current attendance record in Australia is 56,214, which was for the UFC 193 PPV, which featured current Raw Superstar Ronda Rousey losing in MMA for the first time ever and losing her UFC Women’s Bantamweight Championship to Holly Holm.