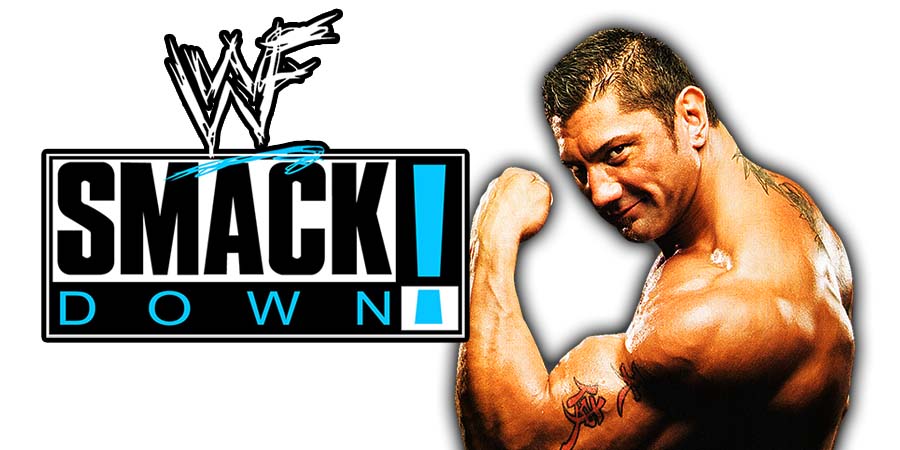 – Johnny B. Badd vs. Keith Hart

“The Animal” Batista will return to WWE programming on next week’s historic 1000 episode of SmackDown, SmackDown 1000.

He will appear as a member of Evolution (Triple H, Ric Flair, Batista & Randy Orton).

According to PWInsider, Batista won’t be wrestling on this show, but an angle might be done where WWE would set up a future return match for Batista.

Batista has noted in the past that he wants a retirement match with Triple H at WrestleMania. With both Batista & HHH appearing, it could be possible that WWE goes in this direction.