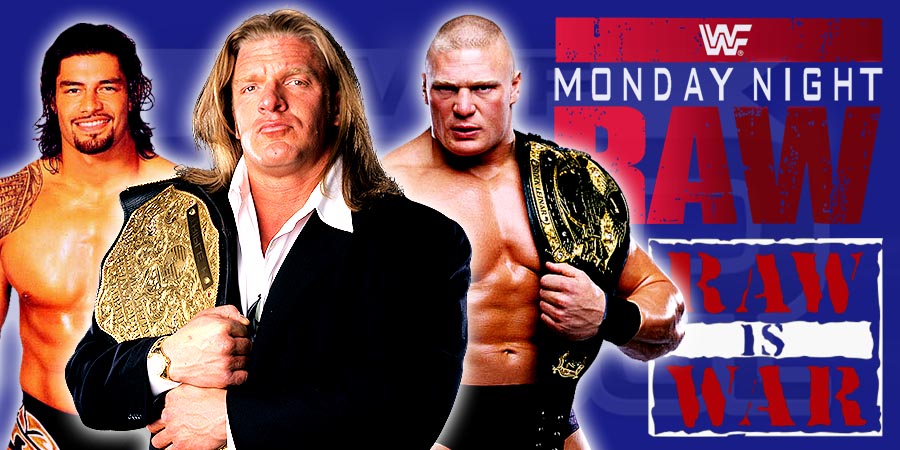 Let us take a look at 5 things that should be noted from the show:

Triple H wrestled on Raw for the first time in 3 years, as he faced former World Champion Dolph Ziggler. The stipulation of the match was “If Dolph wins, he would get any match of his choice at WrestleMania 32”.

Triple H & Dolph put on a solid match, but Dolph came short in defeating “The Game”.

However, Triple H’s celebration was cut-short by his WrestleMania 32 opponent, Roman Reigns, who made his return after getting a nasal surgery.

Reigns was heavily booed by the crowd but he was hell bent on giving Triple H a taste of his own medicine. During their brawl, Triple H was busted open on the side of the head and Reigns was stopped by The Usos, Mark Henry & Jack Swagger.

In an injury update, Triple H received 6 staples on his head to close the wound. Below is what Reigns tweeted regarding this:

I can and I will. Beat your ass again. Don't ever forget that @TripleH… #IWillAgain