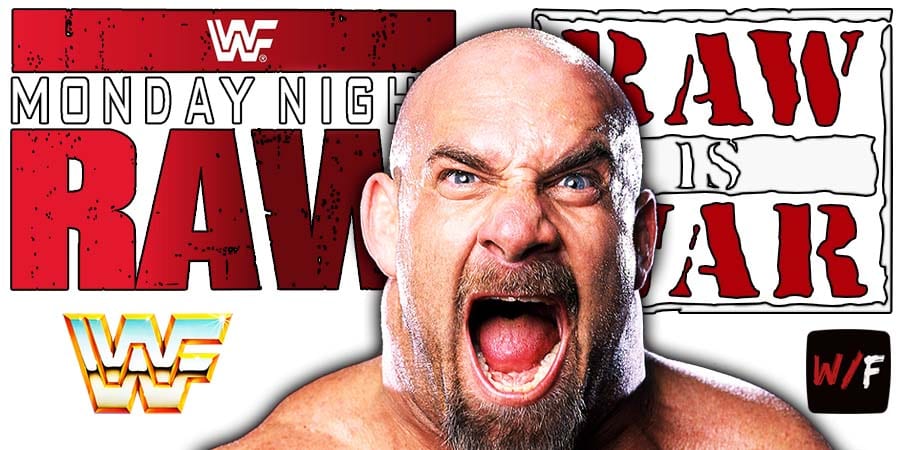 – John Cena kicked off tonight’s RAW and talked about how loud the crowd is. Cena said he returned to WWE because of the fans and Roman Reigns, and then called Roman an a$$hole who needs to be knocked down a peg.

Cena then made it clear that he’ll face Reigns for the Universal Title at SummerSlam 2021 and he will appear this Friday night on SmackDown.

"WHAT am I here for? The Universal Championship. WHEN? About five weeks from now at @SummerSlam."@JohnCena delivers a HUGE announcement on #WWERaw. pic.twitter.com/TQOXjFq5p8

🤯🤯🤯🤯🤯@JohnCena has laid down the challenge for #UniversalChampion @WWERomanReigns at #SummerSlam … and he'll be at #SmackDown this Friday to see The #HeadOfTheTable in person again! #WWERaw pic.twitter.com/kyYSBbyxvw

Riddle then came out and he had a little “Bro” session with Cena.

– Jaxson Ryker def. Elias in a Symphony Of Destruction match

– Adam Pearce & Sonya Deville announced that Mustafa Ali & Mansoor will team up next week. Sonya then announced Sheamus vs. Humberto Carrillo for tonight. If Humberto wins, he’ll get a United States Title match.

– New RAW Women’s Champion Charlotte Flair came out and said she can beat Rhea Ripley on any night. This led to Sonya Deville booking a rematch for tonight.

– WWE Women’s Tag Team Champions Natalya & Tamina def. Shayna Baszler & Nia Jax (After the match, Shayna told Nia that she’s sick of this and blamed Reginald for their loss. Nia hugged Reginald, then headbutted him and dumped him)