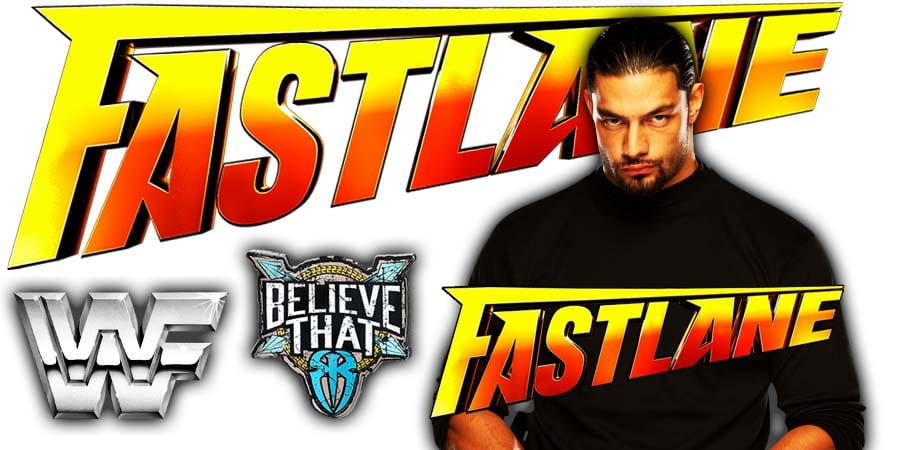 • WWE Reportedly Bringing Back A PPV 3 Weeks Before WrestleMania 37

WWE’s road to WrestleMania 37 is about to kick off in two weeks at the Royal Rumble 2021 pay-per-view.

After Royal Rumble, the company will hold Elimination Chamber on Sunday, February 21st.

According to PWInsider, there will be another pay-per-view after Elimination Chamber, which will be the returning Fastlane PPV on Sunday, March 21st.

This will be held just three weeks before the Show Of Shows.

WWE last held Fastlane in 2019, and replaced it with Super ShowDown last year.

As noted before, WrestleMania 37 will be held at the Raymond James Stadium in Tampa, Florida this year, and it will be a two night event on April 10th and 11th.

• Old School Wrestling Celebrity Would Have Celebrated His Birthday

Famous actor & entertainer Andy Kaufman started to wrestle women, who’d win a $1,000 prize if they could defeat him, and offered World Wrestling Federation promoter Vince McMahon Sr. to bring that act to WWF TV, but Vince Sr. dismissed the idea, so Kaufman had Bill Apter introduce him to Jerry “The King” Lawler, who ended up bringing him to the Memphis territory and working a program together.