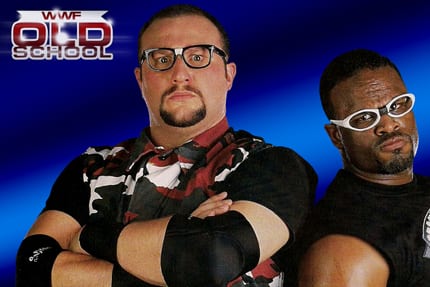 In a recent interview with Between The Ropes, former WWF, ECW & TNA superstar Devon Dudley talked about helping the new guys, respect level for veterans going down, class act by WWE towards their wrestling school and more. Below are a few highlights:

“They would let these guys go and tell them you guys need to brush up on this and that and maybe come back to us in six months. If you want, maybe you should go to the Dudley’s school. That speaks volumes in itself, that things like that are being said about our school from a company we haven’t even been in in ten years. Kudos to the WWE and thank you for the respect on that level because they don’t really have to do that but they do. I am really proud to know that people are really taking a liking to the wrestling school.”

Respect Level For Veterans Going Down As Of Late

“A lot of these locker rooms that I go in, the respect level for the veterans is really thrown out the window for some of these guys because they have been brought up the wrong way. You’ve got a guy who opens up a school who’s never been anywhere and has no name value, no nothing but yet can tell somebody how to make it in WWE or TNA but yet they’ve never made it. It’s like how do you go to a guy like that to teach you how to wrestle when he’s never made it and he’s still trying to make it?

If he’s never made it in that aspect, that means something’s wrong. And to see how so many of these guys come from schools like that and how there’s no level of respect for the veterans of the business in general, it saddens me because Bubba made a point one time and I definitely agree with him that our generation is the last of the old school generation. We’re the last ones that really know about respect and honor.”

On Possibly Returning To WWE

“I think there will always be interest in Bubba and I on going back home. Regardless of where we’ve been, WWE is our home. We might have been away from them for ten years but the WWE and the WWE Universe will always be the Dudley Boys home. When you look at us, whatever company we’re in whether TNA, Japan or what have you it’s still the Dudley Boys from WWE. We still have that stamp. Do I think one day it will still happen? Sure, anything’s possible. We would be definitely open to the WWE to want to talk and do business and help the younger talent and really help pass the torch because that’s what this is all about now.”