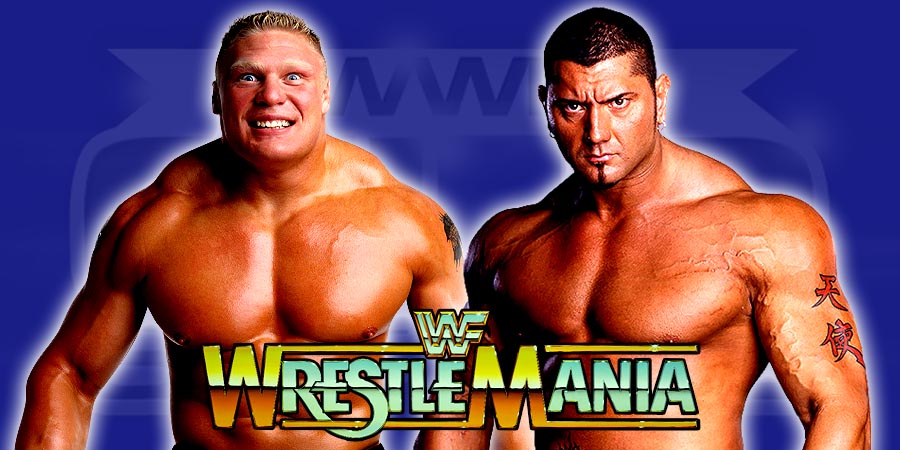 WWE Hall of Famer Jim Ross recently said on an edition of The Ross Report that WWE should book the “Beast Incarnate” Brock Lesnar in a match against the “Animal” Batista at WrestleMania 32.

“Hey, I got an idea for you…what about Batista, the heel, coming back and taking on Brock Lesnar, the babyface, at WrestleMania in April in Dallas? I could live with that main event… red hot Batista coming back and urinating all over the fans and being a big star and being very arrogant and full of himself and being a bada$$, believing his clippings and he wants to take on the biggest dog in the yard. I don’t dislike that match.”

For those who don’t know, Batista & Brock Lesnar have faced each other before during their OVW days. You can watch their match below:

Also, both Batista and Brock Lesnar were in the same ring on the post-Royal Rumble edition of WWE Raw in 2014. You can watch that segment below: