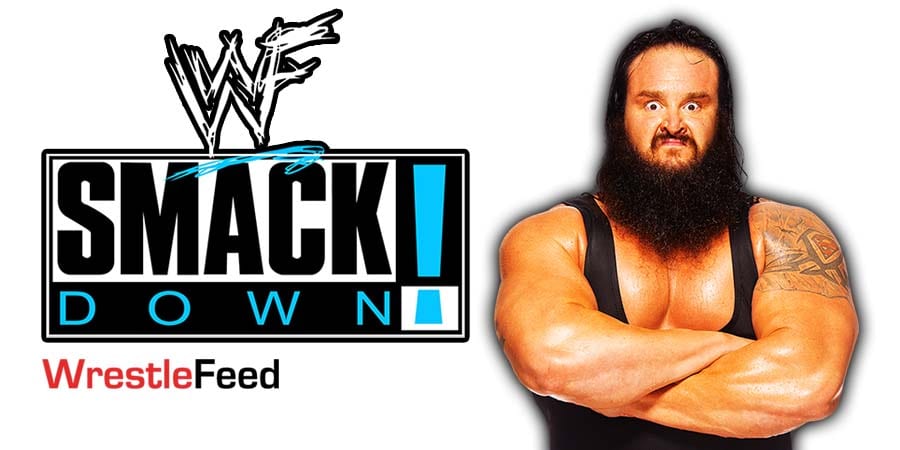 Below are the complete results from tonight’s go-home edition of SmackDown for this Sunday’s WWE Royal Rumble 2021 pay-per-view:

– Daniel Bryan came out and said he doesn’t know how many WrestleMania moments he has left in his career, so he needs to win the Men’s Royal Rumble match this Sunday.

– Natalya vs. Tamina will air tomorrow night during WWE Backstage on FS1. Winner of this match will earn the #30 spot in the Women’s Royal Rumble 2021 match

– Sami Zayn asked Shinsuke Nakamura to help him get back the Intercontinental Championship. Sami claimed Nakamura owes him one because his best work since coming to WWE was against him

THIS is PASSION. THIS is a FIGHTER. THIS is a FAMILY MAN.#UniversalChampion @WWERomanReigns won't be able to turn off @FightOwensFight this Sunday at #RoyalRumble! #SmackDown @HeymanHustle pic.twitter.com/N7AzTXNuoA

– AJ Styles vs. Daniel Bryan ended in a DQ after Sami Zayn, Big E, Cesaro and Shinsuke Nakamura got involved. It turns into a 6 man Tag Team match

– Daniel Bryan, Intercontinental Champion Big E and Shinsuke Nakamura def. AJ Styles, Sami Zayn and Cesaro via DQ after The Miz & John Morrison interfered. Otis made the save and this is now a 10 man Tag Team match with RAW Superstar Sheamus joining in as well

A MONSTER is among us. @BraunStrowman is BACK! #SmackDown pic.twitter.com/g17YPryTbV

– The Powers of Pain vs. Dave Stoudimiere & Rick Allen