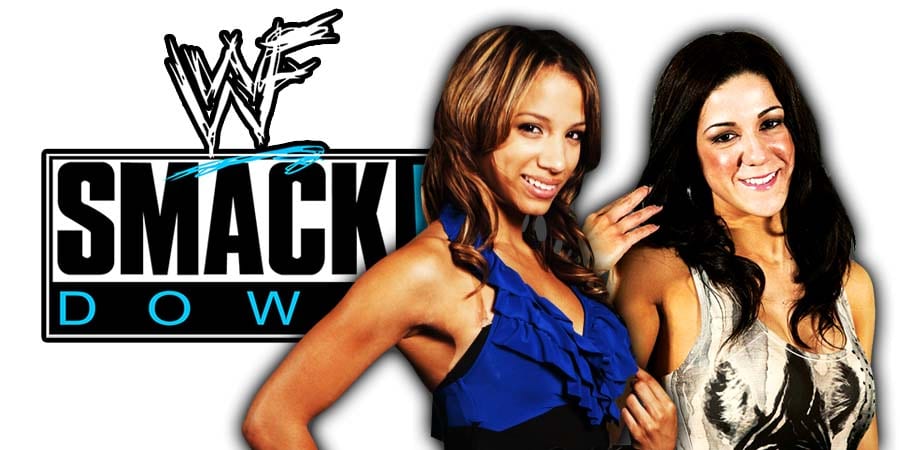 Sasha pinned Nikki to win the match for her team. The Boss ‘n’ Hug Connection are two time WWE Women’s Tag Team Champions now and Bayley is a double champion.

Below are the complete results from tonight’s WWE SmackDown:

– Jeff Hardy came out and claimed he didn’t slip up last week, and said an eye witness saw a man with red hair & beard was the one fleeing the crime scene. Sheamus came out and wanted Jeff to be a man and admit he’s a junkie and an embarrassment to his family. This resulted in Hardy going after Sheamus for a fight, but Sheamus laid him out.

– Mr. Money In The Bank Otis def. King Corbin via DQ after Corbin hit him with a Steel Chair

– Miz & Morrison tried to prank Strowman again, but they got Kayla Braxton instead

– AJ Styles & Daniel Bryan came face to face and Bryan said he has a vision to defend the Intercontinental Championship every week on Smackdown after he becomes Champion. Styles says he doesn’t believe in handouts, but will give one to Drew Gulak tonight with a match against him.

– Strowman found out where Miz & Morrison were, and flipped over the van while they were in it