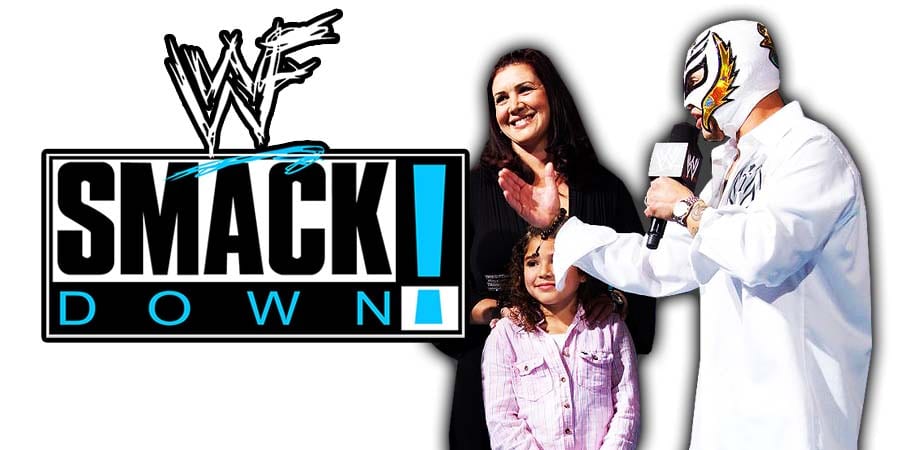 Below are the results from tonight’s post-Hell In A Cell episode of SmackDown:

– Lars Sullivan said in a sit-down interview with Corey Graves that he has always been bullied for being a “Freak”. He told a story about the Tracy Brothers calling him a “freak show” when he was a kid. Lars says he cried while they laughed at him.

But 20 minutes later, he beat them up and made them scream. He said he wants to launch a lifetime of pain and humiliation and wants to make WWE his personal playground, and make this place his personal hell on Earth.

– Carmella will return to the ring next week on SmackDown

– Murphy (with Aalyah Mysterio in the ring with him) asked Dominik & Rey Mysterio to come out to the ring so he can apologize face-to-face. However, Seth Rollins came out.

Rollins told Aalyah that her parents are controlling her and that her brother is a coward and doesn’t like that she is stealing his spotlight.

Dominik then came out and attacked Rollins. Dominik then started fighting with Murphy and Rey Mysterio ran out to make the save. Aalyah stopped Rey from hitting the 619 on Murphy.

Aalyah told Rey that she loves Murphy. Rey couldn’t believe it and Aalyah refused to go to the back with her father. Aalyah then hugged Murphy and kissed him. Seth Rollins was seen shocked and smiling on the stage!

– Bayley interrupted SmackDown Women’s Champion Sasha Banks and said everyone knows Sasha can win a title, but can’t hold on to it. Bayley then challenged Sasha to a rematch for the Title on next week’s show. Sasha then told Bayley that “backstabbing b*tches never win”. This match has now been made official. 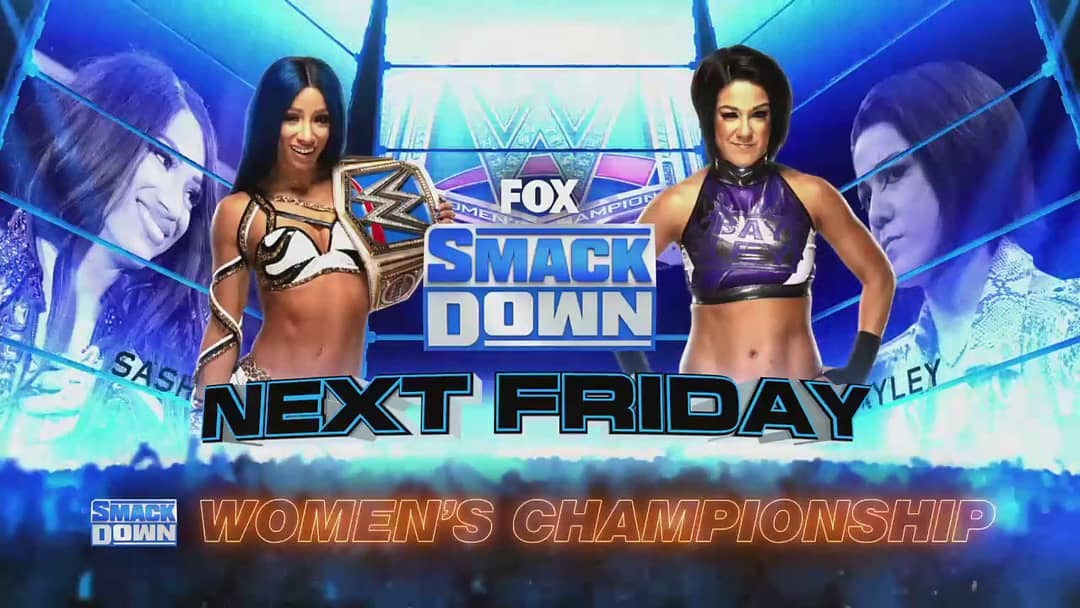 – Universal Champion Roman Reigns joined Jey in the ring after the match and Jey said “I’m with you” and “You are the head of the table”. Reigns keeps on looking at Bryan and Jey superkicks Bryan and hits a Splash. Jey shouts that he understands now and that he loves him too. Reigns gave Jey more orders and Jey begins attacking Bryan again. Jey throws Bryan into the steel ring steps. Jey has turned heel.

Jey then placed Bryan on the announce table and hit him with a Splash from the top turnbuckle! Jey begins punching Bryan again and Roman leaves the ring with a smile on his face.