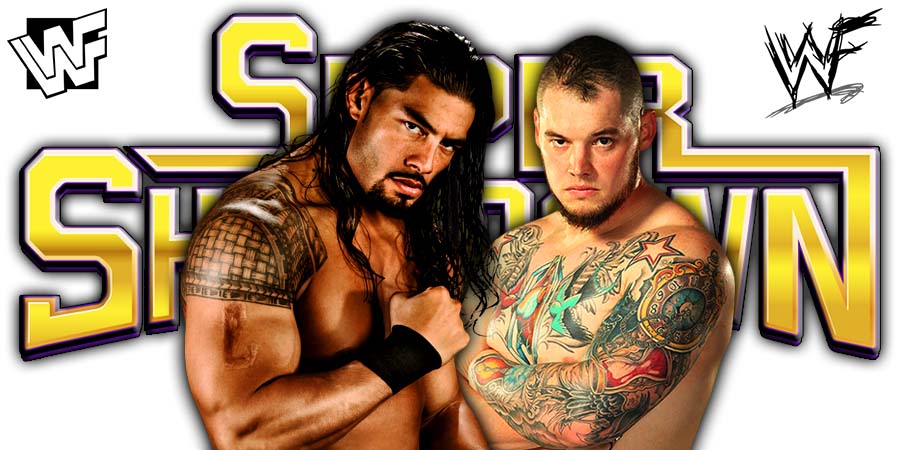 Ricochet is wearing trunks, so that’s new for him in WWE.

Ricochet immediately goes for a dropkick as soon as the match begins, but Lesnar clotheslines him down!

Lesnar hits the F5 on Ricochet and pins him!

Lesnar will now defend the WWE Title against Drew McIntyre at WrestleMania 36.

The Steel Cage is brought down next as it’s time for Roman Reigns vs. King Corbin.

After back and forth action, Reigns hits Corbin with a Superman Punch with a steel chain wrapped around his fist and pins Corbin to win the match.

The 5 month long Reigns – Corbin rivalry is over now.

Reigns gets huge pyro for his post-match celebration (nowhere near to his entrance pyro though).