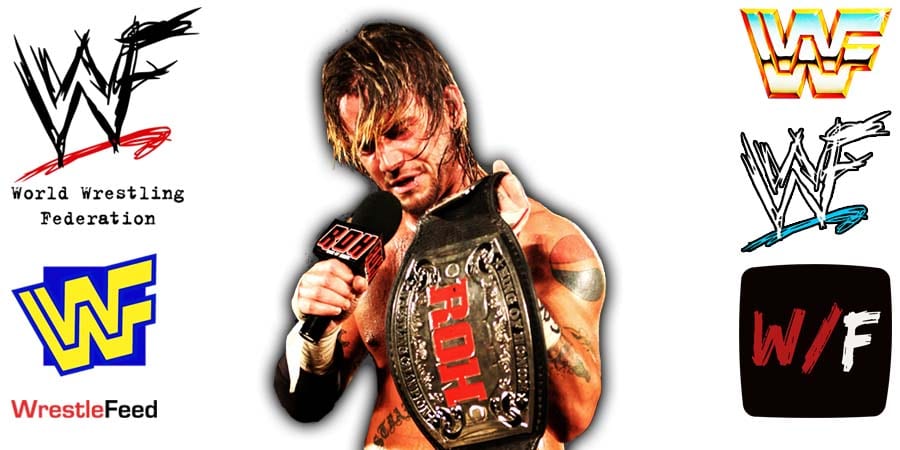 WWE/TNA Veteran Samoa Joe appeared on a recent episode of Kurt Angle’s weekly ‘The Kurt Angle Show’ podcast, where he spoke about his 2003-2004 Ring of Honor match series against CM Punk, praising the matches against the current AEW Superstar.

When asked about the importance of those matches, The Samoan Submission Machine said the following:

“Tremendously important for a lot of reasons, both from a career standpoint and from a business standpoint. It was an opportunity to kind of explore bounds that, personally, I’d never really explored before, doing the longer format matches, doing the 60-minute matches and got me acquainted to what I was able to do and if I push myself and go out there.

It was a great creative effort, you know, anytime you’re in there with Punk, he’s got a tremendously creative mind, great collaborative [effort] going back and forth.

It’s always very easy to come up with something great with him. It was a special time and it’s something I really enjoyed, and I definitely do highlight [the trio of matches] as a very important point in my career.”

Also Read: “They do not even know who they are trying to get over” – Jim Cornette On CM Punk vs. Matt Sydal