Christian: “I guess he had said something kind of insensitive. I guess he meant it to be somewhat cool or funny, saying, ‘this is what happens when you’re truly not ready for Asuka.’ And man, it’s like here’s the thing. Yes, the guy made a mistake.

He probably regrets doing what he did. And we talked about it before with social media and stuff like that these days, and it’s another reason we should probably do an episode someday about the changing in technology, but just think before you hit the send button. Do you know what I mean?

Read it over a couple of times and be like, ‘what am I send out into the internet?’ because once it’s out there, it’s out there. Use your head. That’s all you have to do. Use some common sense.

Not only that, he’s someone that hasn’t accomplished nearly what Emma has accomplished. Do you know what I mean? It’s not a smart thing to do. And it’s not just for him, for any aspiring pro wrestler that wants to step up and make a name for himself and really go places, use your head before you hit the send button.”

Edge: “Talent and brains don’t always go hand-in-hand, but I don’t know the kid. But definitely not a good idea because you’re now making a joke about someone’s livelihood.

I think even WWE has classes now on social media and how to deal with this whole new thing. It’s not necessarily new anymore, but there are ramifications, repercussions, that can happen from what you put out there.”

Below is an advertisement of the event in an Indian Newspaper: 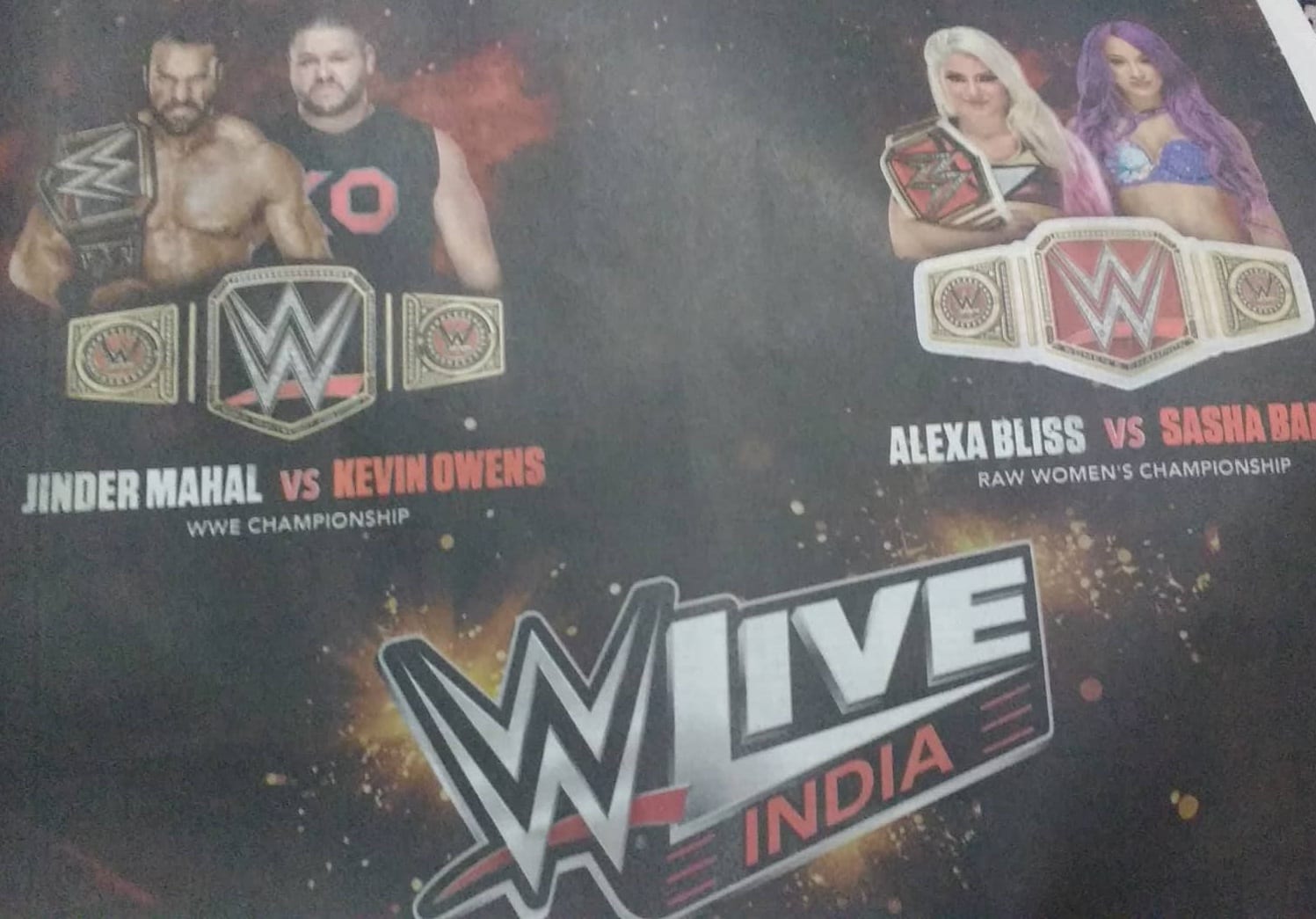 This likely means the WWE Championship would change hands before WWE’s tour of India (two live events will take place in India of December 8 & 9) and that Jinder Mahal is going to become a two time WWE Champion.

Speaking of WWE’s upcoming India tour, below are the match-cards for the two live events that’ll be taking place over there: