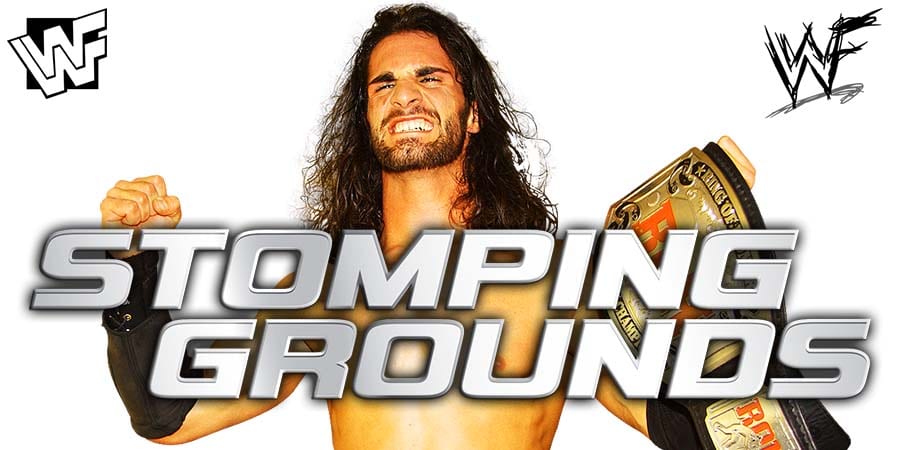 After training in the famous WCW Power Plant wrestling school in 1998 & 1999, Chuck Palumbo became a regular WCW Wrestler in 2000, when he joined Vince Russos infamous stable “The New Blood”.

When World Championship Wrestling was sold to Vince McMahon in march 2001, Chuck & Sean O’Haire were the reigning WCW World Tag Team Champions and were hired by the World Wrestling Federation to become members of the WCW/ECW Alliance during the infamous Invasion storyline.

• WWE To Reveal 2 Things On Next Week’s RAW

Next week’s RAW will be the final edition of the show before WWE Stomping Grounds 2019 PPV and WWE is set to reveal two things:

1. Special Guest Referee For The Universal Championship Match: Baron Corbin will reveal the guest referee for this Universal Title match against Seth Rollins at WWE Stomping Grounds 2019 PPV. This will be a WWE Super ShowDown 2019 rematch (where Rollins pinned Corbin to retain the Title).

Below are the competitors that’ll take part in this #1 contenders Fatal 5 Way match: