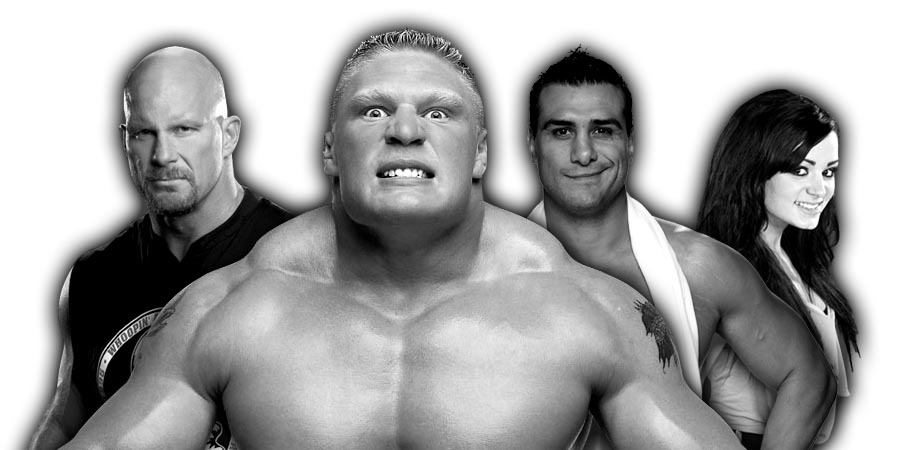 Let’s take a look at the top 20 news stories of the day from the world of WWE (Brock Lesnar, Paige, SummerSlam 2017) & Professional Wrestling:

20. Update: Alberto Del Rio & Paige Not Breaking Up? The Undertaker’s Daughter Gives Him Advice On How To Beat Roman Reigns

According to various unconfirmed reports, the power couple of Alberto Del Rio (now being known as Alberto El Patron in Impact Wrestling) and former WWE Divas Champion Paige broke up last night. Word going on is that they had a fight while being on vacation in Orlando, Florida, which resulted in the break-up. Alberto & Paige were dating for about a year and are engaged since October 2016. Word on the street is that their respective families are very happy they broke up. Stay tuned for more information and keep checking WWFOldSchool.com for updates on this situation, as soon as they come in.

Update: Paige tweeted the following after these reports surfaced online:

This could be a hint that either these reports were false or they worked things out.

While watching Raw last week with his father and mother, The Undertaker’s daughter had the following to say regarding what “The Deadman” should do to defeat Roman Reigns (as noted by Michelle McCool on Instagram):

Watching “boom boom” when Roman’s music hit (before he came out)…..K: “booo…..daddy say BOO, he beat you!!! Next time just punch him in the face, kick him between the eyes then use your muscles to hold him down to count to 3! If he tries to move, just push him back down. Seriously, that’s all you have to do. Ok, daddy?!” #justlikethat

Below is the photo of Undertaker’s daughter watching Raw: