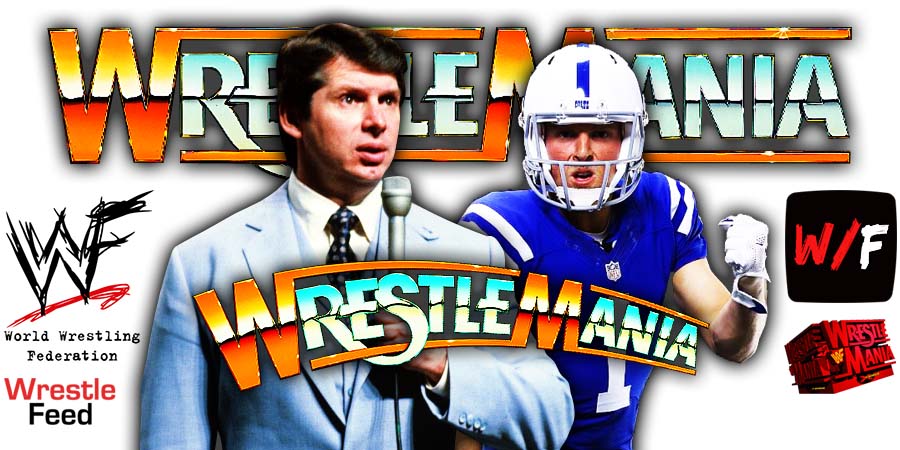 Prior to becoming a Commentator on SmackDown in April 2021, Pat McAfee wrestled two matches in NXT and lost both of them.

According to Sports Illustrated, WWE wanted McAfee to return to the NXT brand last year and feud with Cole again, with McAfee bringing top NFL player Aaron Rodgers of the Green Bay Packers with him.

Pat and Aaron are friends and Aaron is a regular guest on The Pat McAfee Show as well.

At WrestleMania 38, Pat made his in-ring WWE main roster debut. He was in 2 matches on Night 2. He first defeated Austin Theory and then lost to Vince McMahon.

It was broadcasted from the First Union Center in Philadelphia, Pennsylvania and featured pre-taped matches, interviews & storyline segments on the road to the ‘WWF Backlash 2001’ PPV.