He still wrestles on the independent scene these days, which makes him one of only very few 80s Veterans, who are still active in the ring.

A fan commented the following under one of former WWE Cruiserweight Champion TJP’s Instagram posts:

“Bring him to the main roster already.”

Below is what TJP replied:

“I don’t shake enough hands or promote enough fake positivity for that…I just like having fun doing what I do, and being ACTUALLY positive and helping ppl.” 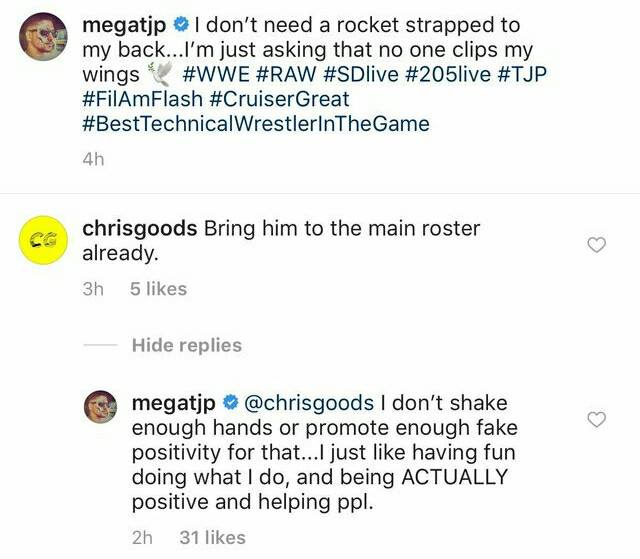