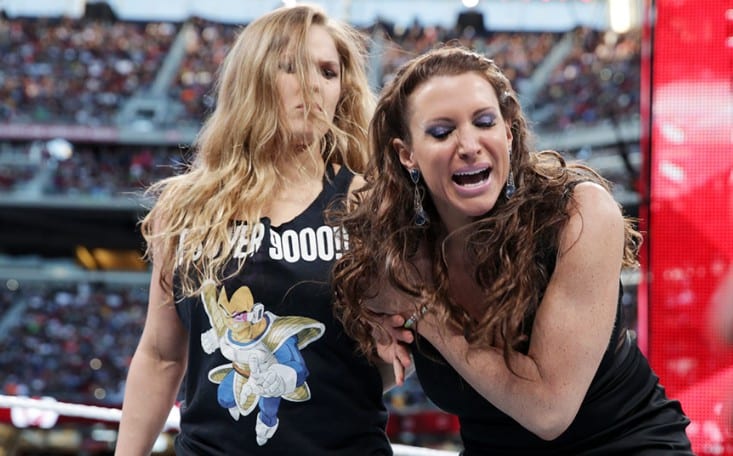 WWE still wants to do a singles match between UFC Women’s Bantamweight Champion Ronda Rousey & Stephanie McMahon at WrestleMania 32. The two were involved in a segment at WrestleMania 31 along with Triple H & The Rock where Ronda cleared the ring by taking out Triple H & Steph. Some reports came out after the event that Ronda might team up with The Rock to face the team of Triple H & Stephanie McMahon at WrestleMania 32 in a mixed tag team match. Another scenario saw The Rock and Triple H competing in a singles match with Ronda & Steph in their corner. While these are the plans that officials have thought of doing, there are several factors that will affect Ronda’s in-ring appearance in WWE. Ronda’s WrestleMania 31 segment was a one time deal and was cleared by UFC. If WWE wants Ronda at WrestleMania 32, they will have to take UFC’s permission regarding this. In the past, UFC fighters have got cleared to compete for other promotions, like the Metamoris grappling events promoted by the Gracies.