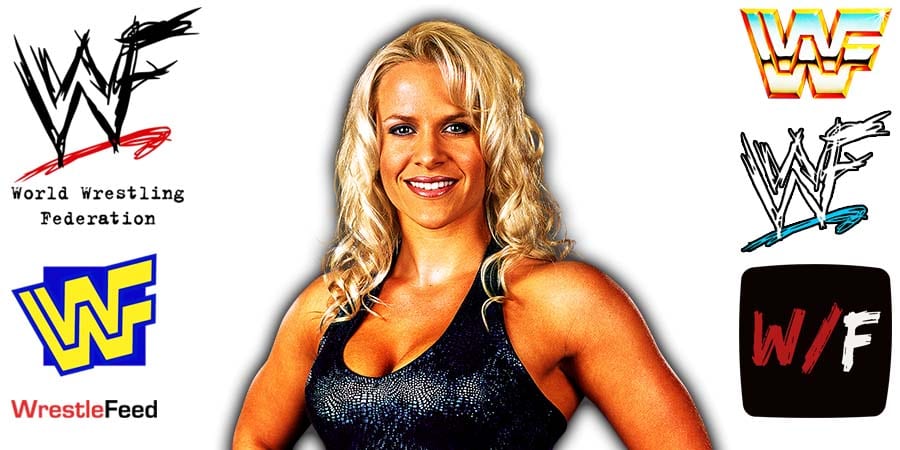 Attitude Era Diva Molly Holly recently started a trial run as a WWE producer, so if all goes well, she could end up getting that role on a permanent basis.

With WWE returning to doing house shows and international tours, it’s safe to say that more regular backstage producers will be needed.

Here’s what the 2021 WWE Hall of Famer told the ‘Shooting The Sh*t UNCENSORED!’ podcast about her new role:

“I think that the challenge, it’s like a new challenge because I didn’t always think about the camera angles and how that would, if I had to do a big maneuver, I’d wanna make sure the camera angles caught it but, each time that I’ve been there, I’ve learned something about how to make the best frame for people to be drawn in.

There was one scenario where Vince McMahon wanted a certain thing and I didn’t get what he was talking about. I was like, ‘But we always do it this way. It seems fine’ and then when they switched the camera angle to something that he wanted, I was like, ‘Oh my gosh, this way is so much better’ and so it got me excited to think like, I didn’t realize how many little things matter and how the people who are more experienced with that eye for the camera shot and see things that, anyway, so I guess it’s like learning a whole new aspect of the business and the fact that I saw something, thought it was fine and I saw the better version and I was like, ‘Whoa’ so that was kind of fun for me.”

The matchcard can be found here:

The Steiner Brothers Vs. The Nasty Boys