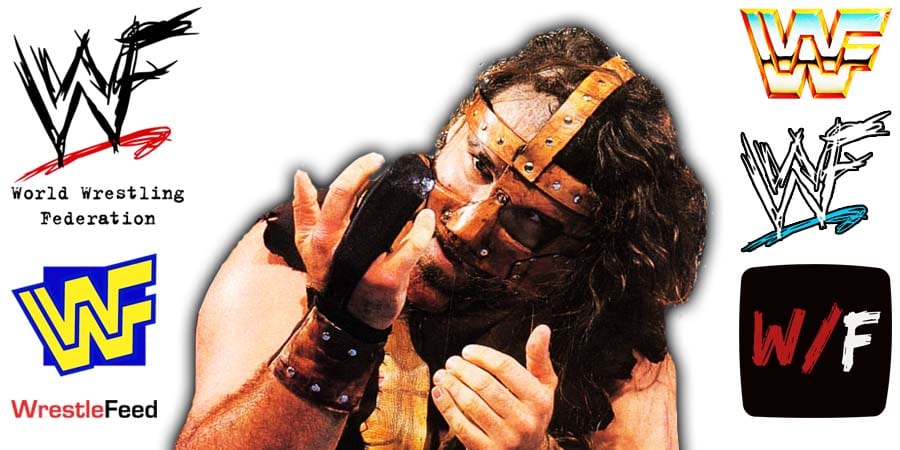 However, The Hardcore Legend is still facing the after effects of the virus. He took to Twitter today to reveal what he’s going through.

“Here are my symptoms: I can’t sleep! I never slept well, but here it is 5 am and the Hardcore Legend is wide awake complaining. If misery loves company, brother, you’ve got some company in the Hardcore Legend. Brain fog — you can’t think clearly, easily fatigued, and perhaps worst of all, or maybe worst of all, the loss of strength is incredible.

Even when I was not exercising and I forgot or skipped doing the DDP Yoga, I was doing close to 50 push-ups, even at an advanced weight gain. Back when I was a little leaner I could reel off 60 as I did right before the Roman Reigns and Braun Strowman Hell in a Cell Match I refereed. The one I ruined by counting to three, but in my defense, Roman did not raise his shoulder and I was taught to count like it was a shoot, but that’s besides the point.

I was getting pretty strong, closing in on 50 — boom, coronavirus hits and now I’m at 12 or 13. You know how push-ups become increasingly more difficult? Well, every one of these push-up are more difficult! I want to warn you — urge you — to look out for each other. And believe me, you don’t want to catch this, it sucks.”

You can watch his video message below:

Bottom line: stay safe, mask up; believe me, you DON’T want to get this virus! It sucks. pic.twitter.com/WSYhvcv98t

Foley advised everyone to maintain social distancing and wear a mask to stay safe.