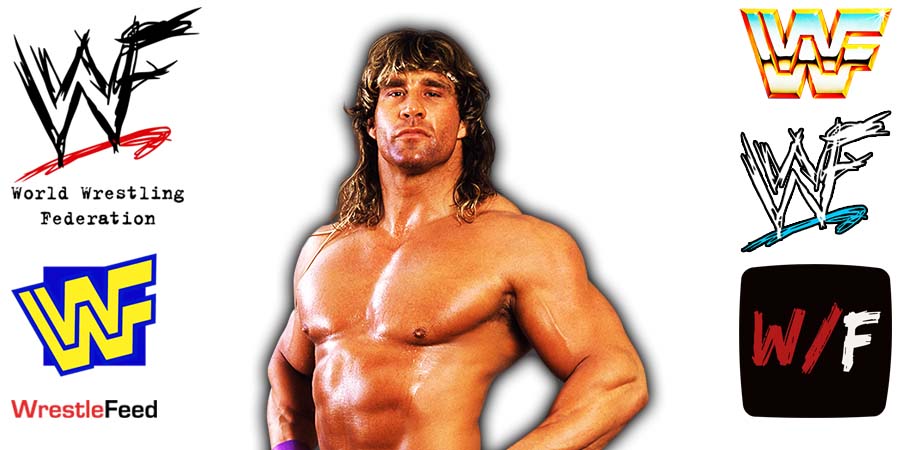 On this day in 1993, we lost Old School WWF Legend “The Texas Tornado” Kerry Von Erich (Real name: Kerry Adkisson) at the young age of 33 due to suicide with a single gunshot to the heart.

After a great career in his father’s promotion World Class Championship Wrestling, Kerry joined the World Wrestling Federation in 1990 as “The Texas Tornado” and became the Intercontinental Champion after only a few months with the company.

Prior to his WWF run (1990-1992), Kerry Von Erich’s biggest accomplishment by far was winning the NWA World Heavyweight Championship from “The Nature Boy” Ric Flair in front of over 45,000 fans at Texas Stadium in 1984.

In 2009, he, his father & his brothers were all inducted into the WWE Hall of Fame, but unfortunately his brother Kevin Von Erich was the last one of them, who was still alive and there to accept the award.

On this day in Pro Wrestling history on February 18, 1996, the World Wrestling Federation aired ‘WWF In Your House 6: Rage in the Cage’ LIVE on PPV from the Louisville Gardens in Louisville, Kentucky.

Bret Hart refused to take Diesel’s Jackknife Powerbomb finisher at the end of the main event, before The Undertaker would come out to attack Diesel, because Bret felt that it would make him look weak.

This incident led to Kevin Nash telling his friend “Razor Ramon” Scott Hall “Tell Bischoff I’m in” and both left the WWF for WCW a few months later, when their contracts expired.

It was also Yokozuna’s first pay-per-view as a Babyface, after he turned and left Camp Cornette a few weeks earlier.