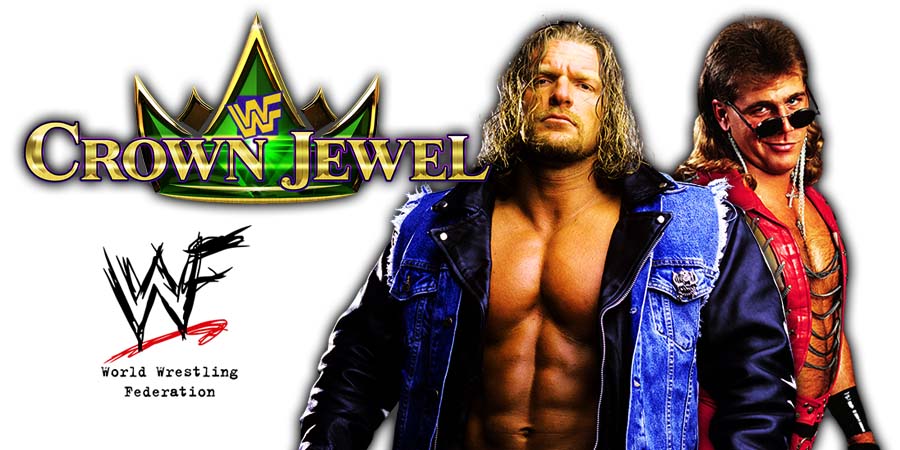 • WWF Legend On DX’s Return: Those Clowns Are Full Of It Right Now

As seen on last week’s episode of RAW, WWE Hall of Famer Shawn Michaels revealed that he’ll be coming out of retirement as D-Generation X (Shawn Michaels & Triple H) is back to face The Brothers of Destruction (The Undertaker & Kane) at WWE Crown Jewel PPV.

During a recent appearance on Apter Chat, WWE Hall of Famer Hulk Hogan talked about this DX reunion and if there’s a possibility of DX invading his upcoming nWo reunion Q&A event.

Below are the highlights (credit to Wrestlezone for transcription):

On if WWE supports his nWo Reunion event:

“We’ve got the full support of the WWE. The WWE is in full support, so it’s a really cool thing. A lot of people were thinking, ‘Oh, Hogan, you’re gonna get in trouble for using the nWo.’ Vince [McMahon] was very gracious and accommodating. It’s a new day. Everything is really good.”

On a possible DX invasion at his nWo Q&A event:

“With those clowns, they are so full of it right now. They are back up and running. Anything is possible from those guys. I know Shawn [Michaels] lives in Orlando, so you can expect anything from those guys….I don’t know what their itch is all about; but, I’ve had my itch to get my hands on DX a few WrestleManias ago when we had that little Sting match.

That could have been crazy to have the DX members vs the nWo members. We had the itch to get back in their face. I don’t know what their itch is now; but, apparently it’s not us.”