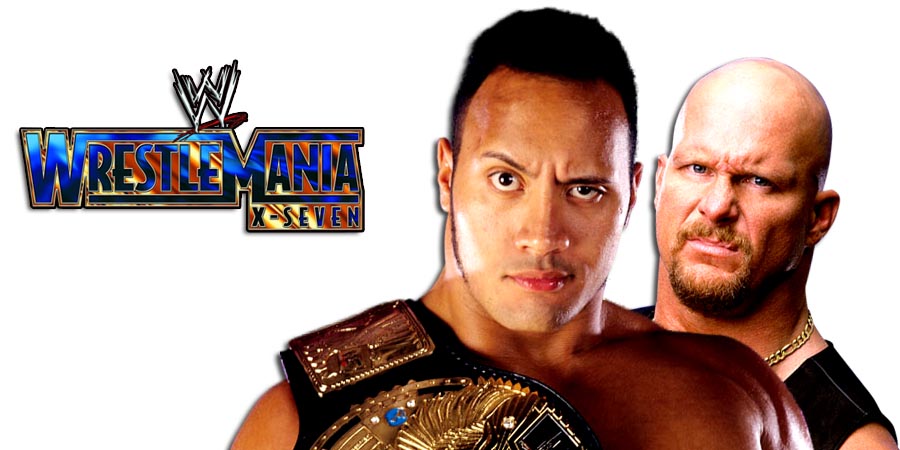 On this day in Pro Wrestling history on April 1, 2001, WWF WrestleMania X-Seven took place. This PPV marked the end of the Attitude Era. The main event featured the heel turn of Stone Cold Steve Austin (when he joined forces with his rival Mr. McMahon) and him defeating The Rock to win the WWF Championship.

Also at the event, The Undertaker went 9-0 at WrestleMania. Below are the results from WrestleMania 17:

– No DQ Match For The WWF Championship: Stone Cold Steve Austin def. The Rock (c) to win the Title.

You can watch the highlights from WrestleMania X-Seven in just 60 seconds below:

You can watch the epic promo for Austin vs. Rock below:

• WWF Legend Says He Doesn’t Do Things For Money Anymore

During a recent interview with Milwaukee Magazine, Old School WWF Legend Chris Jericho spoke on why he thinks it’s good for him not to be under a full-time WWE contract.

“I don’t do things for money anymore. I do it because I like to do it. It’s a good place, man, to do whatever I want to do and to enjoy all these different projects and make sure that fans can continue to get a lot of excitement out of what I do. It’s very important for me to make sure people can never pin down what Jericho is going to do next.”