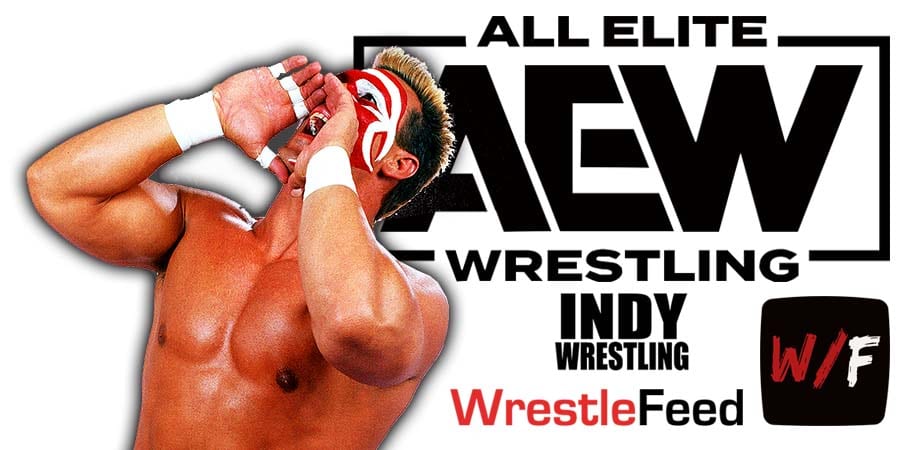 • WWF Legend Wants To Work With Sting In AEW

Both are basically part-time wrestlers for Tony Khan’s All Elite Wrestling, but aren’t retired from in-ring pro-wrestling yet, so a match could very well happen at some point.

Both already faced each other in the past, including matches at the WCW Slamboree 1996 PPV and a 2015 episode of WWE Monday Night RAW.

Here’s what the man formerly known as ‘The Giant’ said:

“[Sting’s] still got it. Sting number one is one of the nicest guys you will ever meet in professional wrestling. Just to know his athleticism and for me, when I started my career in ’95 for WCW, he was the franchise for World Championship Wrestling and had multiple championships then and was a huge fan favorite.

And then how he’s adapted his career and still at 62 years old and competes like he does, just shows his commitment to taking care of himself and living the good life.

I love to see Sting out there, he’s a great person, a great influence for the talent in the locker room and I look forward, hopefully someday, to working with him again. That would be ideal to get a chance to work with him again.”

“The Big Show” Paul Wight will make his AEW in-ring debut on September 5th at the AEW All Out 2021 PPV, where he will face QT Marshall.

The pre-taped event featured matches & segments on the road to the ‘WWF In Your House 17: Ground Zero’ PPV.

– Recon & Sniper vs. The Headbangers