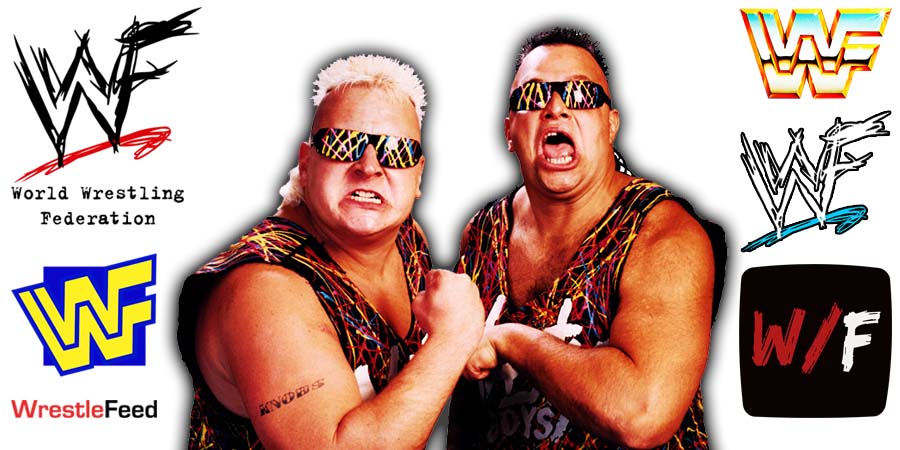 We recently reported that WWF Tag Team Legend Brian Knobbs (of The Nasty Boys) was hospitalized and a GoFundMe page was created to pay for his medical bills.

Here’s an update that was shared about Brian:

“Our good friend Brian Knobs continues to be overwhelmed with the amount of love and support he has received from all of us. I have been waiting and hoping for Brian’s health to improve before sending out this update, but unfortunately his struggle for recovery continues.

He has received over 10 blood transfusions, and complications from his iron deficiency have prevented the doctors from conducting the exams and testing on his vital organs to determine the underlying cause of his illness.

Brian is very concerned about his future, and doing his best to keep a positive outlook. He’s been advised to keep his stress levels low, so the emotional and financial help he’s been receiving from us through the GoFundMe page has been a huge blessing in that regard as we are close to reaching the donation goal.

Despite the medical complications, the fighter spirit in Brian will never allow him to lose hope. Please pray for Brian’s health and strength to return in a full recovery.”