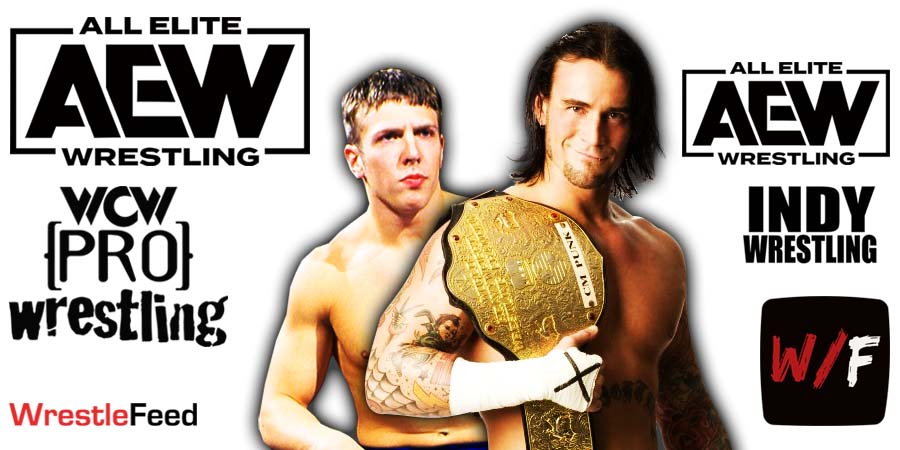 On a recent episode of his weekly Drive-Thru podcast, Old School NWA/WWF Manager Jim Cornette, who is well known to be the biggest critic of All Elite Wrestling by far, was worried that “Hangman” Adam Page could win the AEW World Title before bigger names like CM Punk or Bryan Danielson (WWE’s Daniel Bryan) get the chance to win it.

Here’s what the former Manager of WWF Stars like Yokozuna, Owen Hart, The British Bulldog and Vader had to say:

“I have no idea why in the f**k that the next World Title change wouldn’t be to one or the other of either CM Punk or Bryan Danielson. Because they had Page in the spot, but all of a sudden it is like when you have got the really talented guy in the high school drama class that you want to star in the school play.

But then suddenly, a real professional actor from college gets somehow left behind, and he shows up instead. Well, you gotta go with that guy.”

On an October edition of the Jim Cornette Experience, Cornette said the following about Adam Page:

“If he had stuck around, they may have put the belt around him. In hindsight, that would have been a drastic error because they have just brought Bryan Danielson.

Page’s time has come and gone. And in actuality it was already gone to anybody with a lick of sense many months ago, when he was booked to ride job guys and kids in masks around. That doomed him there, his presentation throughout this whole thing. The only people that would buy into him as a World Champion are those who buy everything they (AEW) do.”

Also Read: “You wouldn’t want to work with him when he’s a penny stock” – WCW Veteran Bashes AEW’s Booking Of CM Punk

This episode was broadcasted from the Allen County War Memorial in Fort Wayne, Indiana and featured matches, interviews & storyline segments on the road to the ‘WWE Survivor Series 2005’ PPV.