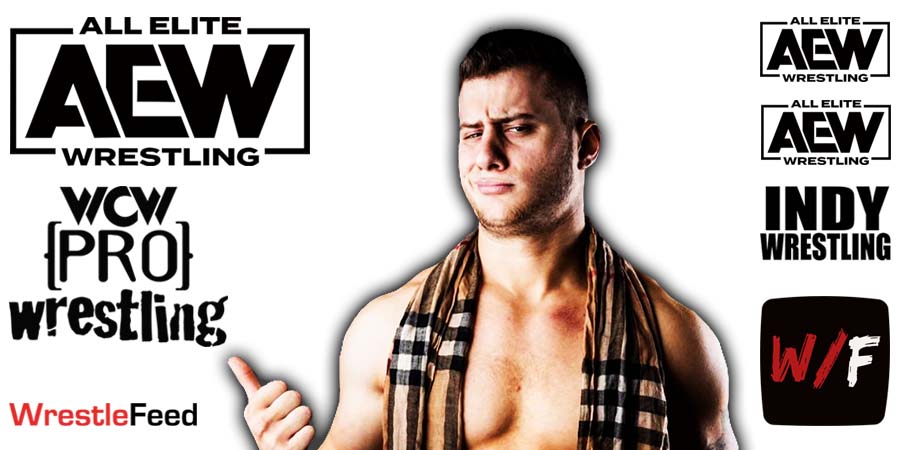 Despite CM Punk becoming the new AEW World Champion, the biggest topic of discussion in All Elite Wrestling right now is MJF and his status with the company.

On tonight’s episode of Dynamite, MJF ripped Tony Khan for paying ex-WWE guys more money than him, even though he’s been carrying the company since the beginning and no one is better than him.

He claimed he’s the 2nd biggest minute-for-minute draw in AEW. He then said wrestlers in the back can have his spot because he doesn’t want to be here anymore and told Khan to fire him.

MJF then went on to question the fans who were cheering for him during this promo, but called him an unprofessional piece of sh*t for not showing up at his scheduled Double Or Nothing Meet & Greet session.

He then ripped the fans:

“You people call yourself fans…you’re not fans. You’re uneducated marks. You sit there, on your phones, tweeting out your opinions like they’re worth a damn.

Let me explain something to you people. You don’t know sh*t. Your opinions suck. Your opinions change at the drop of a dime, and then you pretend your new opinions are the same as your old.”

Johnny B. Badd vs. Kip Abee