One tattoo reads “I love you more mom”, while the other is a ship’s wheel. 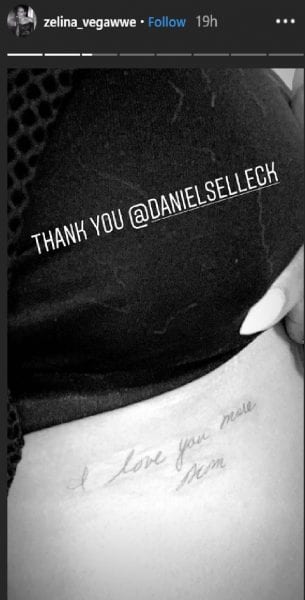